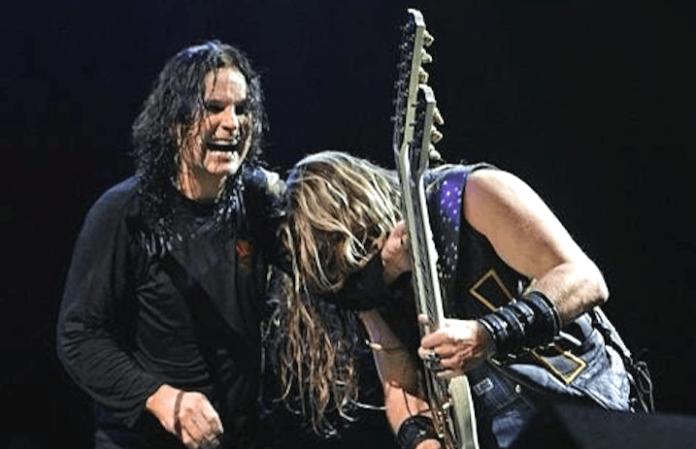 The Mötley Crüe biopic keeps getting better every day. After learning who's playing each member of the band, now the actor who's being considered for the role of Ozzy Osbourne has been revealed.

Osbourne, of course, wasn't a member of Mötley Crüe, but he did tour with the band in their early years, which makes him part of the script.

The Tracking Board reveals Tony Cavalero, who stars in Nickelodeon’s School Of Rock, is in the talks to play Osbourne in the biopic, The Dirt.

Earlier in the year, Machine Gun Kelly announced he would be playing drummer Tommy Lee. Bassist Nikki Sixx will be played by Douglas Booth, and Iwan Rheon of Game Of Thrones and Daniel Webber of The Punisher are in talks to play guitarist Mick Mars and vocalist Vince Neil, respectively.

The Netflix original movie is an adaptation of the band's 2001 autobiography The Dirt: Confessions Of The World’s Most Notorious Rock Band.

As previously reported, the film will be directed by Jeff Tremaine, who was responsible for the Jackass movies, and members of Mötley Crüe are co-producing it. The biopic will follow the highs and lows of the band's rise during the '80s in Los Angeles.