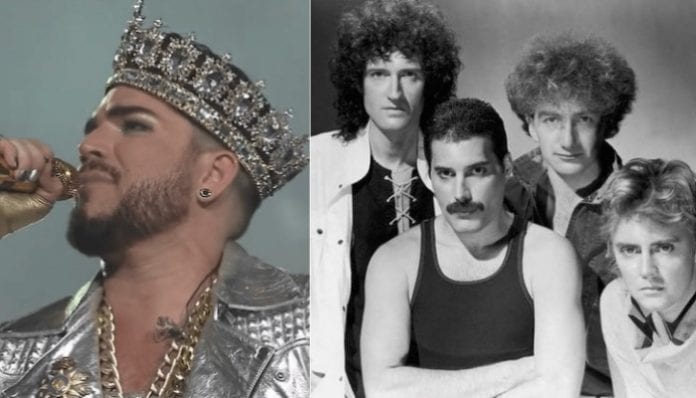 Queen and Adam Lambert set the Oscars stage on fire during their incredible opening performance, and it looks like they’re not slowing down anytime soon. Lambert revealed earlier today that the duo would be releasing a documentary titled, The Show Must Go On – The Queen + Adam Lambert Story.

And the best part? We’ll get to watch it sooner than you think!

Lambert announced the project via Twitter, sharing his excitement over the film with fans.

He also shared that the documentary was set to air April 29 on ABC!

“So excited about our documentary “The Show Must Go On – The Queen + Adam Lambert Story” airing on @ABCNetwork on April 29th!! @QueenWillRock”

So excited about our documentary “The Show Must Go On – The Queen + Adam Lambert Story” airing on @ABCNetwork on April 29th!! @QueenWillRock

According to a press release from ABC, the two hour documentary is set to follow Queen and Lambert’s journey together after first sharing the stage during 2009’s American Idol performance of “We Are The Champions”.

“With rare concert footage and exclusive, revealing portraits of the band members offstage, The Show Must Go On chronicles Queen and Lambert’s incredible journey since they first shared the stage together on American Idol in 2009. From his humble beginnings and meteoric rise on reality TV to now standing center stage as lead singer of Queen + Adam Lambert, the documentary features brand-new interviews with Lambert, his parents Leila and Eber, and Queen founding members Brian May and Roger Taylor, as well as American Idol judge Simon Cowell, Golden Globe and Oscar winner for Best Actor “Bohemian Rhapsody”‘s Rami Malek, and Foo Fighters’ Taylor Hawkins.”

The documentary will focus on the collaboration between the two artists that eventually lead to “nearly 200 sold-out shows in arenas and stadiums across the world.”

Queen with vocalist Adam Lambert gave an incredible performance during this year’s Oscars. The band started the show in honor of Bohemian Rhapsody being nominated for many awards, including Best Picture.

Guitarist Brian May took to social media earlier that day to show how he was preparing, appropriate tee and all. And his prep certainly paid off.

During their performance, the band showed images of their past performances which included the late Freddie Mercury, which made our hearts melt.

You can check out videos of the performance below.

You can check out the full list of Oscars winners here.