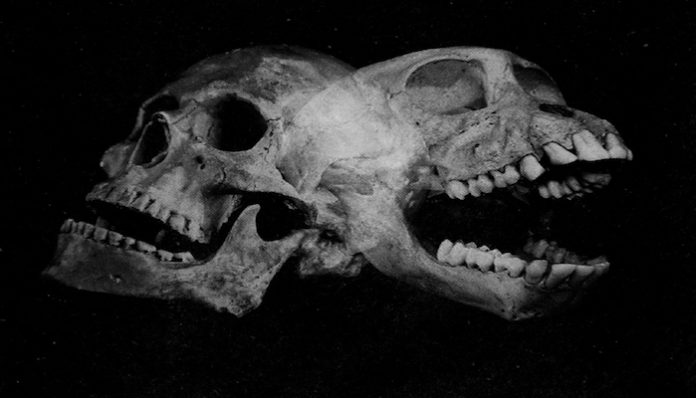 SECT, the cumulative hardcore effort of members of Fall Out Boy, Earth Crisis, Burning Love, Cursed, and others dropped a big surprise today.

They released an unannounced album Blood of the Beasts today–featuring 10 all-new tracks.

SECT most prominently features Andy Hurley, the drummer of Fall Out Boy, but is comprised of hardcore scene veterans galore. The band mixes their influences into a caustic, gnarled, metallic alloy of pulverizing hardcore intensity.

Alone with their last album, No Cure For Death, SECT’s Blood Of The Beasts LP was recorded at GodCity with Kurt Ballou, who also performed clean guitar on the song “Skies Wide Shut.” The infamous Dre Black also provides guest vocals on the song “Cirrhosis Of Youth.”

Along with the new album, SECT also dropped a new video for the lead track of Blood of the Beasts, “Like Animals.” The video was directed by legendary documentary photographer Reid Haithcock and is a must-watch.

The video can be seen below.

“Ten reflections on the myth of progress, the new old tribalism, the single face of all subjugations, the broken promise of automation, love, loss and obsolescence, set against the dying light of a better tomorrow.” vocalist Chris Colohan says of the album.

The full Blood of the Beasts album can be streamed here and any merchandise affiliated with the band is through Southern Lord, which can be purchased here.

Below is entire the tracklisting for Blood of the Beasts. SECT’s upcoming tour dates can be seen below as well.

Blood Of The Beasts Track Listing:

How do you feel about the new album? Let us know below.