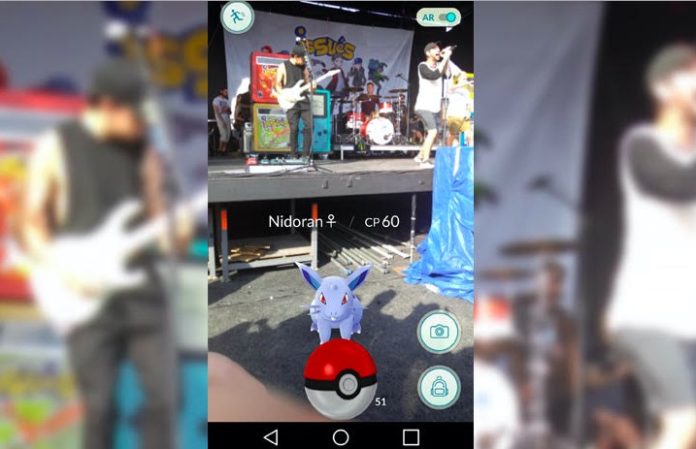 Pokémon Go has taken the world by storm. It’s currently considered a feat to get on social media and not see at least one screenshot of someone sharing their latest find. Such is the case with this Warped Tour attendee who found a Nidoran hanging out with some friends at Issues set, during which they covered the Pokemon theme song. Gotta catch ‘em all to be the best, right?

Since its debut earlier this week, it has been changing the way musicians treat being out on the road. For example:

Palisades' Xavier is finding a bunch in Mexico right now!

I'm finding so many freakin Pokemon right now in Mexico

Secrets' Richard Rogers is hoping Warped Tour continues to be fruitful in his Pokémon search:

If I dont catch a pokemon in one our crowds on this tour I'm going to be infinitely dissapointed. #warpedtour #PokemonGO

Jeffrey from Capture The Crown calling it like it is!

I am literally just wandering New York in an attempt to find Pokémon. This is a good time to be on Warped Tour. #PokemonGO

Set To Stun literally touring because of Pokémon Go.

Touring again just for the sake of our pokedex. The Pokemon Go Tour 2016. Which other bands are in?

KC from Outline In Color is ready to take full advantage of being a trainer on tour.

Pokemon Go is the touring musician/pokemon fan's dream come true. Something to do, with huge ad ranges being in different cities and pokemon

Miss May I's Levi Benton is so right!

All TIme Low's Alex Gaskarth and former Woe, Is Me/Favorite Weapon frontman Hance Alligood seem to be having some troubles:

Pokemon Go freezing every time I catch a good one. The hell's the point!?

I don't think my guy is even moving on Pokemon Go. I'm walking around and homie is just walking in a circle.

Jim from For The Fallen Dreams is ready to catch 'em all!

It's a start. Going to be tearing it up on this vacation. #pokemongo

William Control seems to be a little confused with all of this.

Why are you playing Pokemon? You're a grown adult. What the fuck is going on in the world right now?

Also, there was a Pidgey in this Hot Topic's Pokémon display!