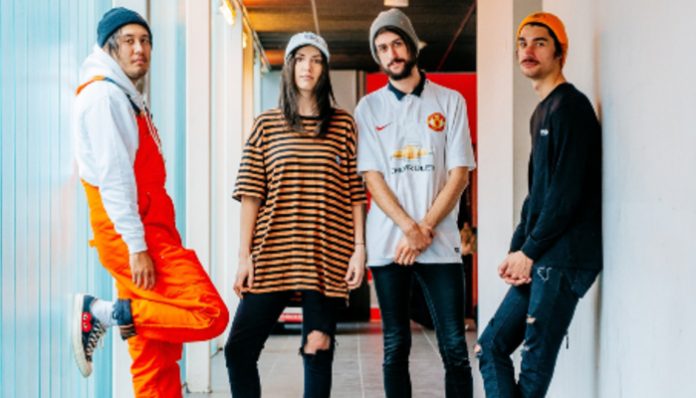 Check out the sneaky single merch teaser below!

Prior to their headlining UK run, Stand Atlantic revealed the merch that would be available on their tour.

According to fan photos of one specific shirt, it looks like the band have snuck in a teaser for a brand new single slated to drop sometime this month.

The shirt features the track title “Hate Me (Sometimes)” with a release date listed as “SEPT -th.”

OMG @standatlantic HAVE A NEW SONG IN SEPT !!!! ITS CALLED HATE ME pic.twitter.com/1mq1xa1HYe

The band will be hitting the U.S. this fall on a co-headliner with The Faim. You an check out the dates below!

usa co-headline w / @thefaim
also @wstr and also @pointnorth and also @holdclose get ur SHOES ON and also get some TICKETS on Friday 10am local time xx pic.twitter.com/GG0zTuLtFy

Back in July, the band made the addition of long-time touring bassist Miki Rich as an official member of the band.

Rich has done countless shows with the band and even been present during interviews so it’s unsurprising to hardcore Stand Atlantic fans but fantastic to hear!

The pop-punkers also changed their social media profile pictures to reflect the change.

Are you excited for brand new Stand Atlantic? When do you think the track will drop? Sound off in the comments below!