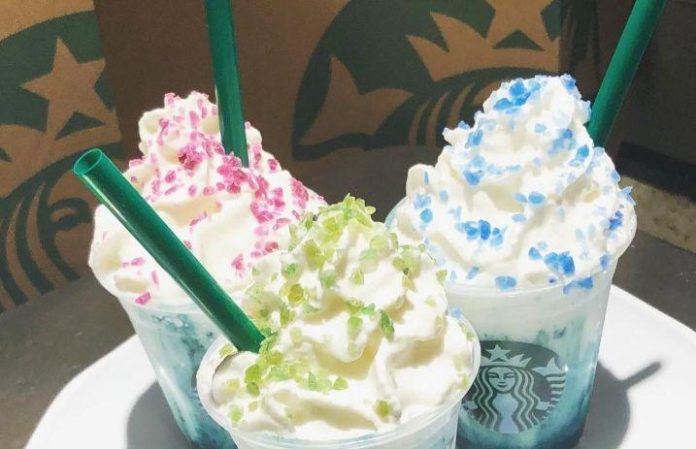 Yeah, we'd like a crystal ball so we could take a peek into the future. Thanks to Starbucks, we might be able to actually get a glimpse into the future—or at least get our hands on a refreshing, sugary-sweet drink in the process.

Read more: Starbucks now has a drink that changes colors

Starbucks have been teasing a new “Crystal Ball Frappuccino,” which, according to Pop Sugar, is set to make an appearance March 22—but just for a few days.

Take a peek at the colorful creation below:

Are you lucky, magical, or adventurous? Stop by Upper Darby Starbucks on Thursday and look into our �� to find out. Here for a limited time. 3/22-3/26 #frappuccino #starbucks #frappuccinospark #limitedtimeoffer #coffee #coffeeobsession #magic #luck #adventure #crystalball

Starbucks has yet to officially confirm the news, but the pop culture site says the drink will reportedly be made with a “white and turquoise peach-flavored cream base, a whipped cream topping and a sprinkle of rock candy pieces in pink, blue or green.”

We're ready to throw one on our Instagram ASAP.