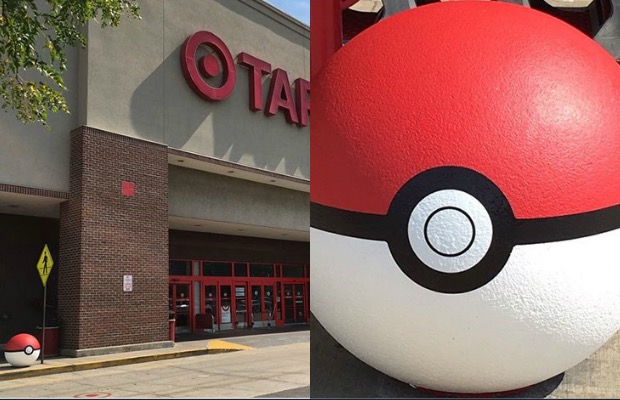 Target stores announced earlier this week that they're painting the balls in front of their stores to look like pokeballs.

(You know, those big concrete balls? The ones that keep cars from crashing into the lobby?)

Target is a bit behind on the augmented reality phone game Pokemon Go craze, but at least it's a good try to get players, or just Pokemon fans, to take pictures with the huge concrete bollards. Apparently each one weighs more than 1,200 pounds. Who knew?

Have you heard about this #Pokemon sighting at some of our @Target stores? https://t.co/CBbqdLmRHw pic.twitter.com/V2yt3JjrR9

But the timing is a bit interesting; the game is losing the popularity it once had. Bloomberg showed earlier this week that Pokemon Go reached its peak popularity over the summer and it's been dropping since then.

Then again, with new pokemon expected to roll out in the future and the neverending changes Niantic have made to the game, it wouldn't be impossible for Pokemon Go to earn back its place as the number one app.