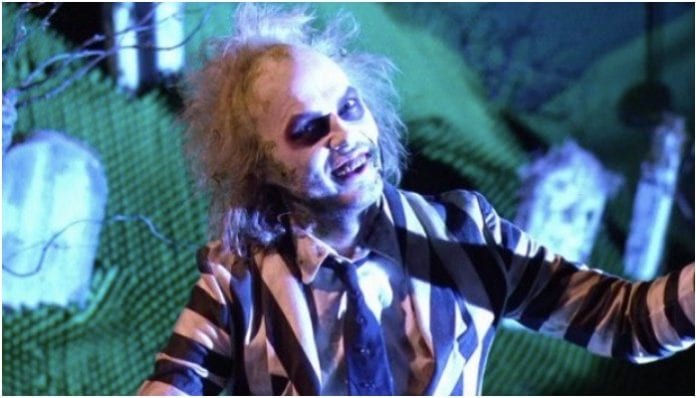 Beetlejuice is about to make it’s Broadway debut, and we finally know who will be playing its main characters.

As we know, Beetlejuice: The Musical is happening, and it’s based on Tim Burton’s beloved 1988 classic starring Michael Keaton and Winona Ryder (who played the roles of Beetlejuice and Lydia respectively.)

Per a report from Broadway.com, the forthcoming production has cast Alex Brightman to play the infamous “ghost-with-the-most,” Beetlejuice and Sophia Anne Caruso to play Lydia.

Speaking to Broadway.com, Brightman is incredibly excited to play the role of the infamous Beetlejuice, saying:

“If you told eight-year-old Alex Brightman that he would be bringing a millennia-old, bio-exorcist demon from hell to life onstage, that would probably make a lot of sense to him. I’m bursting to show everyone what we’re cooking up with this show. It’s going to be a ridiculous and oddly heartwarming blast!”

We seriously can’t wait to see what Brightman comes up with for the starring role.

There’s not a lot of detail regarding the forthcoming musical, but here’s what we do know.

According to Deadline, Beetlejuice: The Musical will make its official premiere next October at the National Theatre in Washington D.C. for a pre-Broadway run.

Previews will begin staging at the National Theatre on October 14, with the opening of the production slated to come November 4.

The production will then run through November 18.

Much like the original Tim Burton masterpiece, it will follow Lydia Deetz, a strange teenager living in a house haunted by a recently deceased couple and the “degenerate demon” who gives the play its title.

We also know that the upcoming production will have some pretty big names working behind the scenes.

Two-time Tony nominee Alex Timbers will be directing the musical, and its creative team is set to include names from some of Broadway’s biggest hits, like Hamilton and The Producers.

We’re seriously excited for this musical! If you need a refresher on the 1988 classic, watch a trailer for Beetlejuice below: