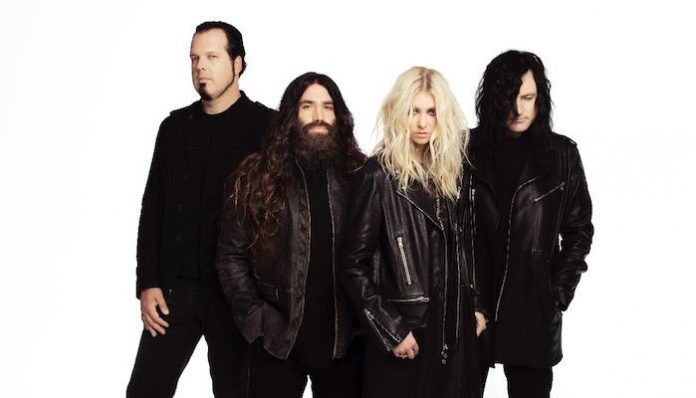 Back in May, the Pretty Reckless fans got their first taste of the band’s new album with the release of “Death By Rock And Roll.” As the album’s title track, the single marks the band’s first piece of new music since 2016’s Who You Selling For.

Now, after some speculation, Taylor Momsen is revealing more information about when the Pretty Reckless plan to release their highly-anticipated LP.

Now, Momsen has shared some key details regarding Death By Rock And Roll and what the band’s plans are amid the ongoing coronavirus pandemic.

So far, we know that Death By Rock and Roll will have various features from artists including Rage Against The Machine‘s Tom Morello and Soundgarden‘s Kim Thayil and Matt Cameron.

Following the Pretty Reckless’ signing to Fearless Records in May, the band planned to release their next album sooner than anticipated. However, due to coronavirus and their inability to tour, the album’s release date is still unknown.

In a new interview, Momsen reveals that they are watching how the industry recovers amid the pandemic before deciding an official release date for Death By Rock And Roll. In the meantime, the Pretty Reckless plan to release plenty of music in 2020.

“I think we’re doing the same thing that a lot of bands are doing. We’re just kind of waiting and observing and trying to see where this is gonna go,” she shares. “It’s a little bit of a waiting game right now which is why we don’t have a specific release date. I couldn’t wait forever to put out new music hence the first single. There’s going to be many more singles before the full album.”

Read more: Some of the Osbournes are returning to TV for a paranormal series

Momsen also reveals that it is a very strange time to be releasing music. For the Pretty Reckless, it doesn’t seem right to release an album without having a tour to embark on after.

“It is a very weird thing to be releasing music right now,” Momsen continues. “It’s always a bit nerve-wracking to put music out into the world at any time, but certainly releasing music in these very unprecedented times is a bit scary. It’s very weird to release music and not be able to back it up with a tour. The circle doesn’t feel complete until you get to play the songs live.”

Following the release of “Death By Rock and Roll,” the band were preparing to embark on their first tour in two years. However, due to the coronavirus pandemic, their May tour is now rescheduled for October 2020.

The full interview with Taylor Momsen is available to stream here.

Are you looking forward to Death By Rock And Roll? Let us know your thoughts in the comments below.