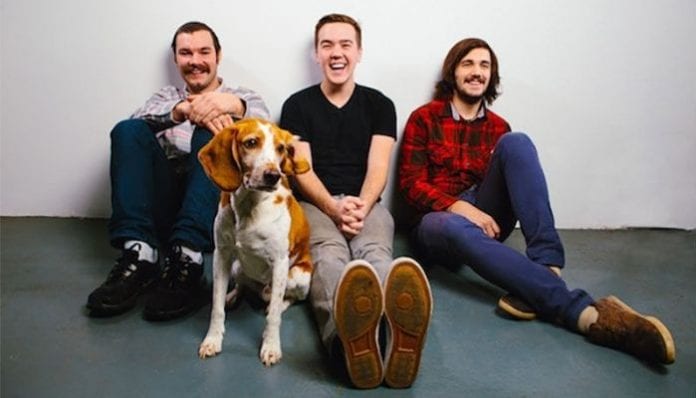 Tiny Moving Parts vocalist Dylan Mattheisen has issued an apology following an anonymous sexual assault allegation made against him just over a week ago. Mattheisen released a statement apologizing for his actions and announcing that proceeds from Tiny Moving Parts’ upcoming tour would be donated to charities.

On February 28 an anonymous allegation surfaced on Twitter accusing the Tiny Moving Parts singer of alleged sexual assault. Today, Dylan took to the band’s Facebook page to release his statement.

Last week I found out that an accusation of sexual assault was made against me by an anonymous individual. I apologize for how long it has taken me to respond. I really wanted to take the time to address the claim with the openness it deserved and do right by the other person involved.

I sincerely apologize to this person who was harmed by my actions. I value this person’s privacy and want to do all I can to respect them while validating their experience, however they allow me to. It was never my intention to violate anyone or make them feel unsafe. Since this happened, I have learned a lot about the difference between expressed and implied consent and also now recognize how some of my behavior could have been harmful.

Also, for the sake of transparency, I want to share with you the steps that have been taken since last week. When the actions were brought to my attention, I looked into the best way to get in touch with this person and provide them a space to safely share their story while retaining privacy and confidentiality. I reached out to a professional mediator who has experience with sexual assault survivors and restorative justice and they agreed to get involved.

Mediation was offered and the person responded that they wanted a week to think it over. During that time, I saw a therapist who has helped me to better understand how my actions in the past could have had harmful consequences. After a week, they came back and said that they weren’t ready to go through with mediation, which is 100% their right that I validate and respect. It’s their story and their choice to tell it whenever or if ever they are ready. The door is always open if they’d like pursue mediation in the future.

Moving forward, I would like to make some positive and restorative steps including:

– Donating the proceeds from our upcoming tour to Peace Over Violence (https://www.peaceoverviolence.org), RAINN (https://www.rainn.org) and the Joyful Heart Foundation (http://www.joyfulheartfoundation.org)
– Work to raise up marginalized voices by giving them time to speak on stage about important issues and table at our shows
– Commit myself to ongoing therapy and continue to learn more about how I can do better while holding myself and others accountable

I apologize to anyone who has been hurt, disappointed or triggered by this news. Please respect this person’s privacy by allowing them to remain anonymous and refrain from messaging or harassing them.

Thank you for taking the time to read this.

You can find a list of the band’s tour dates here.