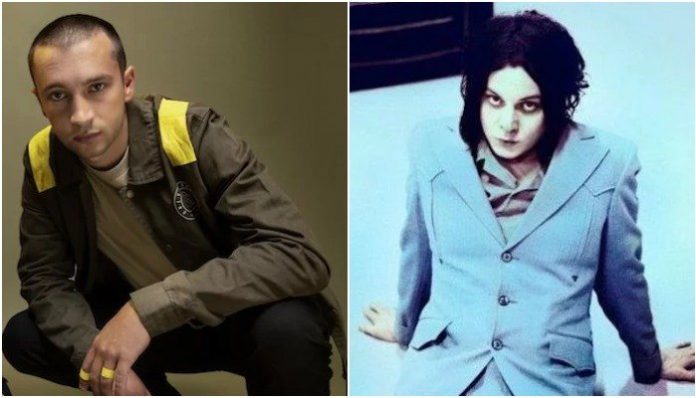 Tyler Joseph of twenty one pilots received a gift from The White Stripes and The Reconteurs singer Jack White, along with a sincere message.

This isn’t the first time White gives some attention to the alt-rock duo. In an interview with Rolling Stone last year, the singer had high praise for the band.

“I love what they’re doing. First time I saw them was on Saturday Night Live. And I thought ‘Oh, that’s really great. Another really cool two-piece band that can do something really powerful.’ I liked what they were doing, playing piano and bass, that guy, the lead singer. And it was strong.”

Now, White is letting the band themselves know how he feels about them.

Joseph took to Twitter today to share the news that White had sent him a gift in the mail.

“jack white just sent me some guitar pedals and a selection of vinyls from @thirdmanrecords,” the post reads. “his note encouraged me to stay inspired. one of the cooler things to happen to me through music.”

jack white just sent me some guitar pedals and a selection of vinyls from @thirdmanrecords .
his note encouraged me to stay inspired.
one of the cooler things to happen to me through music.

Third Man Records later replied to the singer with a red heart emoji.

twenty one pilots frontman Tyler Joseph and wife Jenna are continuing to invite fans into their world as they prepare for the birth of their first child. After a peek of the nursery and a hilarious exchange regarding band-inspired names, Jenna is giving the Clique another update on their baby girl.

Jenna has been capturing her growing baby bump throughout her pregnancy, sharing some of the images on social media. While the couple first announced they were expecting in September followed soon after by the gender reveal, they hadn’t given much of a time frame for their baby Bandito’s arrival.

Earlier this month, the mother-to-be shared a photo with a caption revealing approximately their daughter is due in approximately one month.

What are your thoughts on Tyler Joseph’s gift from Jack White? Sound off in the comments below!