Vans’ NASA-inspired collection is out of this world

These Vans are on another level.

We can’t deny this super-sleek look is cool, timeless and easy to pair with any outfit. The classic white pair has the words “Shuttle” and “Mission” sewed to its tongues in true NASA fashion. 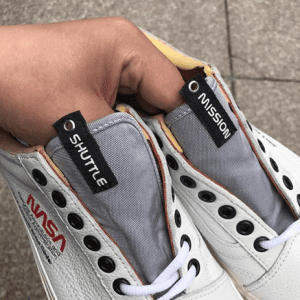 The backs of the shoes even have American flags. 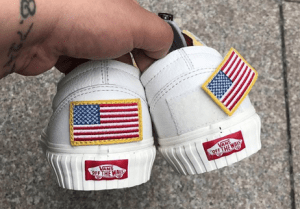 Most importantly, the side of Old Skool shoes have NASA’s logo and say “John F. Kennedy Space Center,” making everyone wearing them look hip and retro. 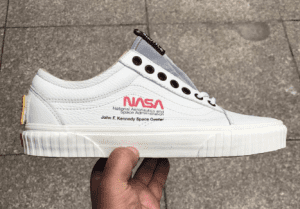 Pricing of the collection are still to be announced, but if it’s anything like Vans’ typical pricing, we can guess that the shoes could cost anywhere between $40 to $80.

Vans also had a recent collaboration with Marvel over the summer, and it was to die for.

The massive collection featured all of our fave superheroes, including the Avengers, Deadpool, Black Panther and more!

NASA does have more of an association with emo then you may expect. The organization’s interns curated a special playlist in celebration of the 2017 solar eclipse. Some of the tracks they included ranged from twenty one pilots to Panic! At The Disco. Check out their picks below.

“Eclipse” — Lindsey Stirling
“Eclipse” — LOONA/Kim Lip
“Endless Night” — Original Broadway Cast of The Lion King
“Eclipse” — Pink Floyd
“Fly Me To The Moon” — Frank Sinatra
“Galaxies” — Owl City
“Here Comes The Sun” — The Beatles
“Hometown” — twenty one pilots
“Let the Sunshine In” — Original Broadway Cast of Hair
“Little Star/Eclipse” — Sammy Hagar
“Northern Downpour” — Panic! At The Disco
“The Sky And The Dawn And The Sun” — Celtic Woman“A Sky Full Of Stars” — Coldplay
“The Sound Of Silence” — Simon And Garfunkel
“Sun Is Gonna Shine” — Carman Cusack
“Total Eclipse Of The Heart” — Bonnie Tyler
“Touch The Sky” — Disney
“Under A Paper Moon” — All Time Low
“When The Day Met The Night” — Panic! At The Disco
“Why Does The Sun Shine?” — They Might Be Giants
“You’re So Vain” — Carly Simon