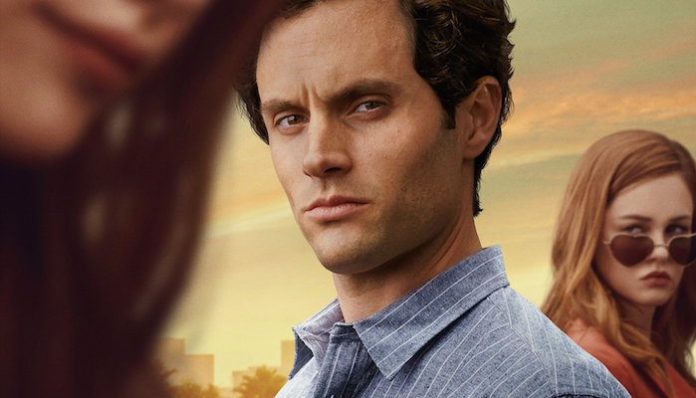 You is taking popular culture by storm. Ever since Netflix got its hands on the show, it has blown up and sales of the books it’s based on have skyrocketed. That popularity only grew larger when Lead actor Penn Badgley accidentally let it slip in an interview with Entertainment Tonight that the show is planned out to have a third season.

With that said, the show is untouchable at this point. Any new idea or spinoff could materialize into a mega-hit. Actress Ambyr Childers recently spoke about how she would love for her character Candace to be the lead in her own show.

In an interview with Entertainment Tonight, Childers discussed all manner of things You, including some pretty heavy plot spoilers for season 2. But don’t worry, we won’t discuss any of those here.

One particular question is in regard to Childers’ character Candace, her strong will and the possibility of a spinoff.

“That’s funny you say that because I was thinking, “God, that would be…” Candace having her own show, that would be so interesting because if Joe continues to do this with other people that she knew or if she helped other women, that would be such a… I don’t know, we might have to text it to Netflix.”

But, the possibility of Candace getting her own show might depend on how You season 2 ends up. The show including Candace into the second season is already a diversion from the books by Caroline Kepnes. Thus, who knows what could happen next.

When discussing the return of her character, Childers reiterates the fact that she’s not really in control of the ideas. That means spinoff decisions aren’t up to her.

“When I signed on to do the project, I knew I was going to be coming back, so that’s a secret that I had,” Childres says. “I knew since the beginning. But as far as storylines go, that’s really something that most of the actors, we don’t really get to choose. It’s this part of making TV that, if there are issues there or something that’s concerning, we can bring them up. But other than that, the storyline… we give that to the discretion of the creator.

After dropping its second season recently, it appears there’s going to be more episodes of You soon.

Lead actor Penn Badgley accidentally let it slip in an interview that the show is planning to have a third season.

The actor was questioned about another character’s inclusion in his character Joe’s world when he responded with the slip-up.

Badgley touched on some things that went down in the second season before saying, “Dare I say, I think in the third season.” After that, he paused and rolled his eyes as he caught what he said and exclaimed “Oh, god.”

Caught up in his slip, he was asked a question about it and a possible return to the series. Unfortunately, he couldn’t say anything further and gave a pretty blank response.

“I’m not the person that can say anything official,” he says.

Even though it can’t officially be confirmed yet, a third season makes complete sense. On top of that, the book series also received confirmation of a third and fourth book. As reported by Entertainment Weekly, author Caroline Kepnes intends to focus the new chapters on Joe’s attempts to become a family man in the Pacific Northwest.

What would you think about Candace having her own spinoff? Sound off below!