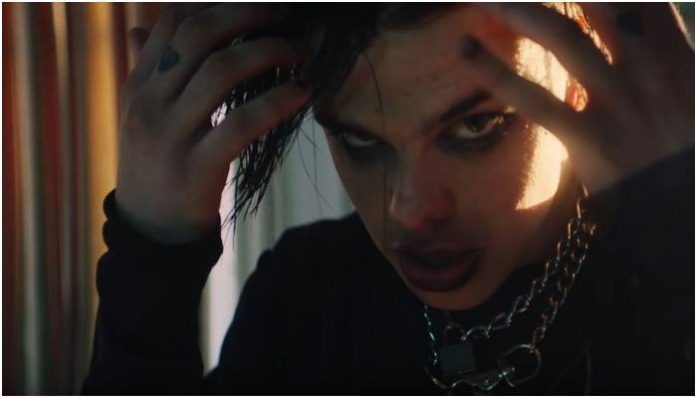 “YUNGBLUD shared heartfelt short film lonely together, where he expressed struggles of finding himself and living in a society where not everyone is accepted.

The singer is known to stand up for his beliefs when it comes to fashion, politics, individuality and everything in between.

Read more: Facebook Messenger delivers ‘Star Wars’ dark mode—here’s how to get it

When he and Imagine Dragons‘ Dan Reynolds dropped the video for their “original me” collaboration, YUNGLBUD (Dominic Harrison) made sure others were aware of the deeper meanings behind the imagery.

“This song is about accepting the parts of yourself that you hate and realizing your biggest superpower is to be originally, authentically yourself,” YUNGBLUD says in a press release.  “Working with Dan Reynolds was such a dream come true as he is a huge inspiration for me. The song literally came out of the studio within a day. The mutual raw energy between us made this song what it is.”

Now, he dropped a new short film highlighting those same thoughts. He sent out a link to the video and revealed the name of the film in a tweet.

lonely together (a short film about belonging) out now on @Vevo 🖤https://t.co/9eITUSnnF1 pic.twitter.com/NdiiyRxH5i

Surrounded in a circle by a few more underrated youth, they share their own experiences with self-acceptance.

“I really genuinely think YUNGBLUD was created because I was sick of people telling me what to do,” he says in the video. “I moved to London with the hope of going to art school. I think part of me thought they were going to treat me better. I thought I’d go to London and find myself, but it became worse.”

Check out the powerful short film below.

YUNGBLUD was set to perform a private concert at Hanford High School in California but the show has since been canceled.

The singer’s latest competition in partnership with Chegg offered one lucky student body the opportunity to see him perform at their school. As part of the educational technology company’s initiative, students could vote to bring YUNGBUD to their high school or college.

When it was revealed that Hanford High School had won, the announcement was shortly followed by complaints about the artist’s song “Kill Somebody.” Hanford High School shared a since-deleted update to the school’s Facebook page on Thursday following backlash about the concert. You can see a screenshot courtesy of the Hanford Sentinel.

YUNGBLUD took to Instagram to assure his fans that he’ll be there even if he has to play “outside the fookin gates.”

“We are activists against hate, against guns, against gun violence, against school shootings,” the singer said in a video. “We are shouting every single day to get closer to making that become totally obsolete. I just ask you, if you don’t know something, please do not judge it on surface level.”

What are your thoughts on YUNGBLUD’s lonely together? Let us know in the comments below!