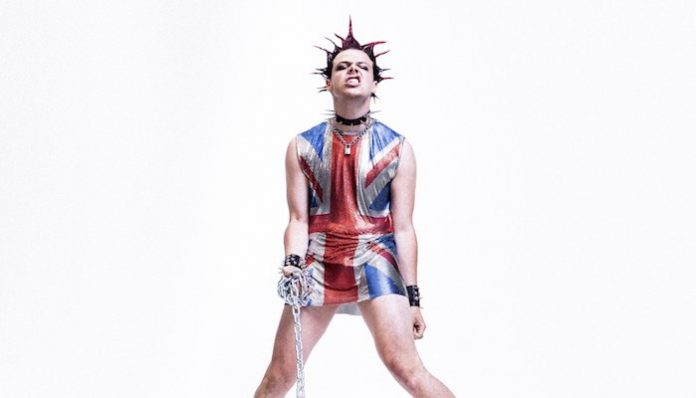 On July 16, YUNGBLUD released his highly-anticipated new single “Strawberry Lipstick” along with an explosive video.

Now, YUNGBLUD is revealing exactly how old he was when the “Strawberry Lipstick” chorus was written. As well, he also shares how Green Day inspired the song’s overall concept and video.

Read more: A reboot of ‘The Ren & Stimpy Show’ is finally happening

In an interview with MTV, YUNGBLUD revealed some new secrets about his rock anthem “Strawberry Lipstick.” Even though the single was released just last month, YUNGBLUD has had the song’s chorus written for years.

He shares that he penned the chorus with The Strypes‘ Josh McClorey when they were in their early teenage years.

“Me and Josh had started something really young,” he says. “We started that at like 15. That chorus was written when we were so young. We stayed up all night at a songwriting retreat and were keeping all of the old boys up. They were like knocking on the door [saying] ‘go to sleep.'”

YUNGBLUD, whose real name is Dominic Harrison, further shares that Green Day heavily inspired this “Strawberry Lipstick” era. He recalls watching one of their live sets during their American Idiot days when he was younger.

“I love lippy [“Strawberry Lipstick”], man,” he says. “I was like, ‘I’m going to make a song and video I always wanted to make.’ That was the 13-year-old Dom looking at Billie Joe Armstrong play Bullet In A Bible at Milton Keynes. I was like, ‘I want my hair spiked, I wanna look like something out of DragonForce, I wanna put a Union Jack on, and I just wanna rock’n’roll.”

Read more: Hayley Williams says Bayley can use this song for WrestleMania entrance

Although YUNGBLUD has held onto the concept of “Strawberry Lipstick” for quite some time, he felt that now was the right time to share it. Due to coronavirus and other ongoing world events, times are uncertain for many. YUNGBLUD hopes that this song will help those who are struggling right now.

“It’s just a song about liberation and energy,” he continues. “I wanted to put something on that makes you want to mosh within the first two seconds. I just want to send all of my love and energy to everyone. I want people to put it on if they are feeling down. I want people to be able to go somewhere else and feel better.”

“Strawberry Lipstick” is off of his untitled sophomore album that is due out later this year. Earlier this week, Bring Me The Horizon also confirmed that a collaboration with YUNGBLUD is on its way. The collab will likely appear on one of BMTH’s forthcoming Post Human EPs.

YUNGBLUD’s MTV interview and the video for “Strawberry Lipstick” are below.

Is “Strawberry Lipstick” your favorite song by YUNGBLUD? Let us know in the comments below.