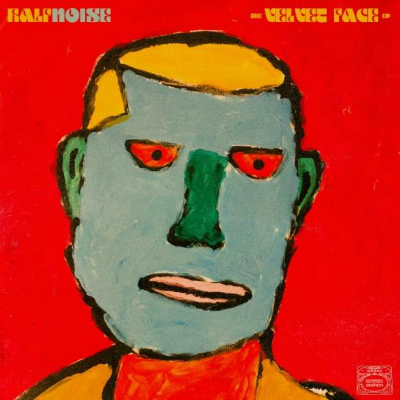 If you’re looking for a throwback that feels fresh, then HalfNoise have you covered with their latest EP full of groovy vibes you’d expect from a band thriving in the ‘60s. The creative vehicle for Paramore drummer Zac Farro, HalfNoise’s first few releases (2012’s self-titled EP and 2014’s Volcano Crowe) embody an ambient sound that further developed into the electronic-tinged indie rock that was 2016’s Sudden Feeling.

But unlike those previous installments, The Velvet Face is, well, (wait for it) fun.The good times seep in on the opening track “Scooby’s In The Back” as an earworm that’ll have you singing along by the second run-through of the chorus. The psychedelic “French Class” will have you picturing such anachronistic images as bell-bottoms and disco balls, while “Someday” sounds like the perfect piano-driven soundtrack for a drive down the coast.

But Farro doesn’t completely stray from HalfNoise’s original m.o.: The slow-moving “As U Wave” paints the picture of a relationship more in line with the modern indie/ambient textures he previously explored. The overall sound has continued to progress, however, even down to Farro’s vocal prowess, which was once mostly breathy and atmospheric but is now more polished and on point, showing Farro has continued to come into his own as both a frontman and songwriter.