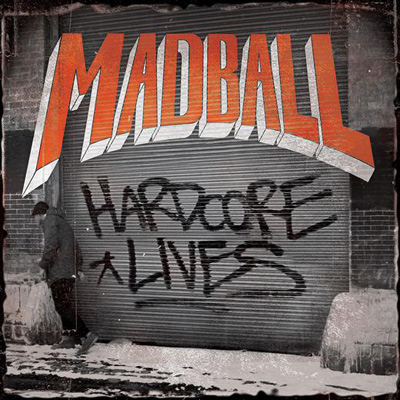 The coolest thing about New York hardcore institution Madball, led by singer Freddy Cricien, is their fervent support of the scene that birthed them. Not only have they stayed true to their roots, delivering album after album of high-quality, breakdown-heavy hardcore, they’ve also served as mentors for the next generation of windmill-friendly New York (and other areas) tough hardcore bands.

This scene support is solidified right from their new album’s name (Hardcore Lives, doesn’t get more direct than that) to the bevy of guest spots, including Scott Vogel from Terror, Toby Morse from H2O and Candace Puopolo from Walls Of Jericho. The latter collaboration, featured on the track “Born Strong,” is the first female presence on a Madball recording since the band started in 1989. Puopolo’s hardcore bellows match up to Cricien’s perfectly, and it’s interesting to hear her different register paired up with one of hardcore’s most recognizable voices. While there are no surprises at all in the musical department (gallop, breakdown, repeat), as is the case with most Madball recordings, the New York mainstays never fail to disappoint with pitch-perfect hardcore songs featuring positive messages and ample room to shout along.

If you’re expecting anything more than honest, killer hardcore, Hardcore Lives will be a bit dull around the edges for you. But those expecting true old-school New York City hardcore will be completely satisfied with new additions like the punky “Doc Marten Stomp,” the Spanish-sung “Mi Palabra” and the ultra-heavy “DNA” to Madball’s already extensive, if not slightly exhausting, canon.