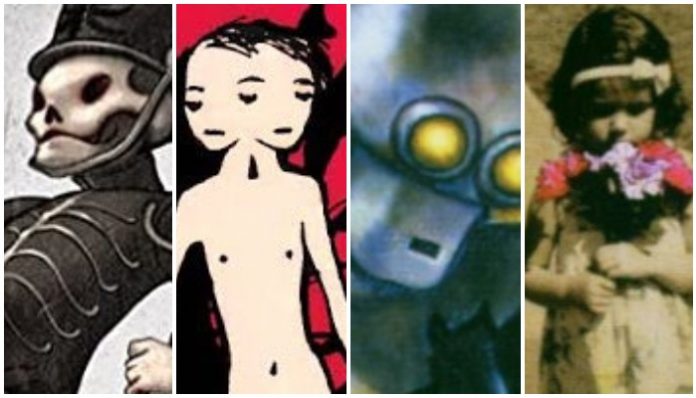 Did anyone else spend the bulk of their scene days meticulously adding album art to their iTunes catalog? No, just us?

Album covers are particularly poignant sources of 2000s nostalgia—and not just because our screen obsessions started around that time. Rather, they gave us visuals (and even characters) to associate with the music that we loved most.

How well do you remember the album art of the 2000s? Can you match our favorite cover characters to the scene records they appeared on? Take the quiz below to find out!

More on The Black Parade

My Chemical Romance‘s The Black Parade is one of the most iconic records of the 2000s. Rolling Stone only solidified that fact when they added it to the list of 500 Best Albums Of All Time. Can we say we were surprised? Not really.

Even 14 years after its release (yes, you read that right), The Black Parade continues to inspire artists and fans. In the past year alone, fans have spotted nods by artists as notable as Machine Gun Kelly and twenty one pilots. Even the famous scene kid behind the Wendy’s Twitter feed has been dishing out the references.

One fan recently took their Black Parade inspiration to a whole new level when they wrote and designed an entire musical. Naturally, when composer Andrew Lloyd Webber posted a G-note-centered video just a short while later, the internet went crazy.

While no work on an official Black Parade musical has been confirmed, there’s no shortage of fun to be had with the era as it stands. Fans are still discovering new Easter eggs in the complex narrative. And unless you’re a die-hard fan who’s memorized every little detail, there’s quite an abundance of trivia to be discovered. At the very least, you can snag the latest line of MCR Funko Pop!s, which includes a familiar face from the album art.

Read more: 10 experimental scene albums that you and your friends still can’t agree on

Were you able to match the cover art characters to their correct albums? Let us know in the comments!