It’s almost time to enter a land of enchantment as we edge closer to that time of year where binging Hocus Pocus is a necessity. While the movie was considered a flop in theaters, much like its fellow Disney film The Nightmare Before Christmas, both have developed into cult classics that are now Halloween must-watch masterpieces.

If you’re like us, you’ve probably seen the film enough times to recite it by heart, but do you know it well enough to ace this movie trivia quiz? It shouldn’t be too hard for a die-hard like yourself. After all, it’s just a bunch of hocus pocus—right?

With October just around the corner, it’s time to start stocking up on some Halloween decor, and this Hocus Pocus merch is a great way to kick off the spooky season.

Spirit Halloween stores have stocked Hocus Pocus items since 2017, and they’ve brought it back for the third time with newly added items.

The new items include wine glasses, mugs, Funko Pop! dolls, candles, salt and pepper shakers and a wine bottle stopper. You can see all of the amazing Halloween items sold at Spirit this year here.

Even Target has started prepping for October by adding decorations from The Nightmare Before Christmas to their Halloween selection. The store just unveiled a new line of kitchenware based on the popular Tim Burton film.

Hocus Pocus will be joining a plethora of other classics on Freeform’s iconic 31 Nights of Halloween—check out the full schedule here. The film celebrated its 25th anniversary last year, and the witches reflected on the film decades later, which you can read more about here. 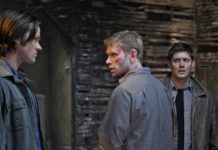 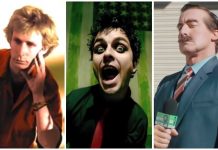 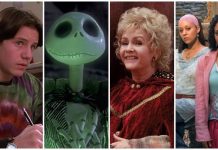 QUIZ: Can you match the quote to the Disney Halloween movie?