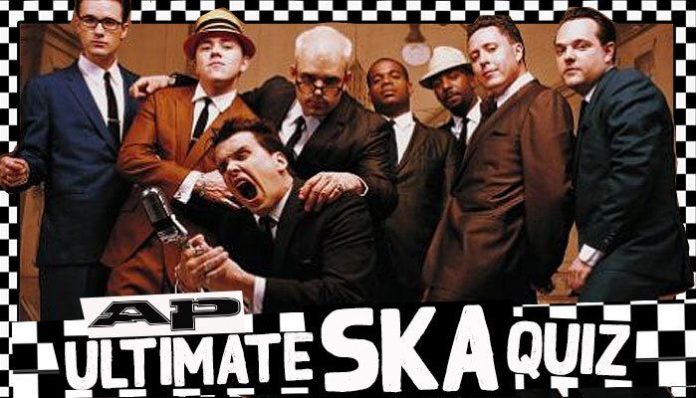 Ska may be one of the most polarizing words in the English language. Many of its superfans have lived and died by the genre from the second they heard their first guitar upstroke, whereas some casual fans dug into it as a flavor of the week for a short amount of time and parted ways for (insert trendy musical genre here).

Finally, there are others, and they’re usually a vocally dissenting bunch, who cannot fucking stand it in any way, shape or form. Regardless of where you fit in with those three groups, these 20 questions may satisfy you.

Read more: Post Malone and Sublime With Rome may have another collab happening

For those hipster haters who say that ska isn’t culturally relevant in 2020, and has not been so at any point this century, we humbly and respectfully disagree with you.

In both 2018 and 2019, Travis Barker and John Feldmann co-produced two separate packed two-day festivals called Back To The Beach. The majority of the bands fell into the ska genre. Bands from the old-school scene and second-wave world such as the Untouchables (often called America’s first ska band), the English Beat (who are so legendary that they go by two names; the Beat being the other) and Fishbone (who recently revealed they’re going into the studio with NOFX’s Fat Mike) naturally coalesced with third-wave-influenced acts such as the Interrupters, Mad Caddies and Goldfinger. And you should’ve seen the crowd at Huntington State Beach in Orange County. It truly ran the gamut of the classic term “all ages,” with little little children and ska-starved senior citizens skanking from noon till dark.

In addition, to supplant the checkerboard retro, the new Tony Hawk’s Pro Skater 1+2 soundtrack was just announced via a special virtual concert in July, and the remastered video game will be released Sept. 4. Thankfully, Goldfinger’s classic anthem “Superman” gets another prominent feature along with newer additions from ska-punk titans such as Reel Big Fish, Sublime, Less Than Jake and many more scene favorites. You can stream the soundtrack here.

So is a major ska revival in the cards a la 1997? We’re personally ready for yet another wave, and we know that the world will be more than down to publicly dance with checkerboard suits, skinny ties and pork pie hats when it’s safe to do so. Pick it up!