9 POSTS 0 COMMENTS
D.X. Ferris is the author of the first English-language Slayer book, 33 1/3: Reign in Blood. He has been reading Alternative Press since he can remember and writing for the magazine since 2002. In 2010, with the help of dozens of AP staffers past and present, Ferris compiled The Oral History Of Alternative Press. (It ran in AP no. 264, 267, and 269). His AP reviews include Mastodon's Crack The Skye, Sage Francis' Human The Death Dance and the Street Dogs' State Of Grace. He has written cover stories about Avenged Sevenfold, Coheed & Cambria and Underoath. Lately, dude’s been into Tegan and Sara. If Ferris had to get a music tattoo, he'd be comfortable with Social Distortion, the Dropkick Murphys, or any of Glenn Danzig's bands. He thinks everyone should listen to more Johnny Cash. If you’re considering getting into jazz, he recommends the Mo’ Better Blues soundtrack or Max Roach’s Members Don’t Git Weary. He thinks mother jokes are hilarious, as well as Beavis and Butt-head. It bothers him when people talk. He’s way into movies and Christmas music. (His DXmas mix series already has editions completed for the next two years.) He misses cassettes. He watches too much TV, but only ‘cuz of his insomnia. According to Ferris, Sons On Anarchy totally is the new Sopranos, except better. He has won several awards from the Ohio Society of Professional Journalists. “D.X.” is a reference to an old-school hardcore band, evangelical Christianity or pro wrestling. He agrees that your favorite CD is the best album ever.  FAVORITE ALBUMS (in alphabetical order) Danzig, Danzig I D.R.I., Dealing With It Everlast, Whitey Ford Sings The Blues Pink Floyd, The Wall R.E.M., Automatic For The People Slayer, Reign In Blood Amy Winehouse, Back To Black

‘Punk Goes…’ has one volume Fearless Records is still hoping to...

Punk lifers TSOL ponder “Is This Our Wonderful World?”—watch 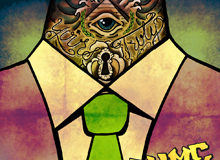 Sublime With Rome – Yours Truly 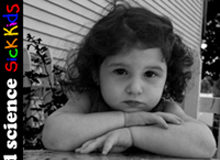 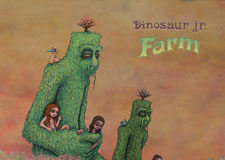 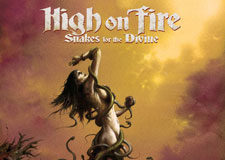 High On Fire – Snakes For The Divine