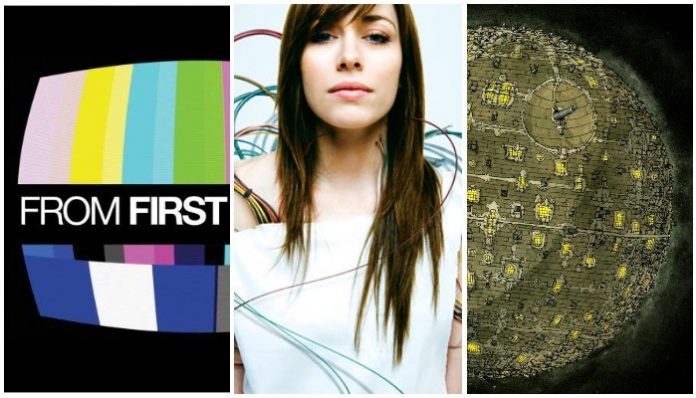 2008 was a wondrous year for post-hardcore—our scene saw bands from all over the genre put out record after record that continuously pushed the heavy-meets-melody formula. Below are 12 records that have transcended the trends and fads and still rip to this day.

Read more: Minibar guitar pedal distorts sound based on the drink you pour

Alesana – Where Myth Fades To Legend

Alesana followed their debut LP, On Frail Wings Of Vanity And Wax, with Where Myth Fades To Legend, a 13-track monster released on Fearless Records. The effort contained tracks such as “Seduction” and “Obsession Is Such An Ugly Word,” the latter featuring Escape The Fate’s Craig Mabbitt.

North Carolina’s akissforjersey released their second studio album, Victims, on Tragic Hero Records in 2008. They supported it by embarking on the first Scream The Prayer Tour alongside Here I Come Falling, Before Their Eyes, MyChildren MyBride and others.\

A Skylit Drive – Wires… And The Concept Of Breathing

Wires… And The Concept Of Breathing is A Skylit Drive’s debut album, and first studio release without original frontman frontman Jordan Blake. After a brief period with Jonny Craig, the band enlisted Michael “Jag” Jagmin as their permanent vocalist. In total, the band released five music videos from the album, all of which were featured their DVD, Let Go Of The Wires.

Before Their Eyes – The Dawn Of My Death

Before Their Eyes’ sophomore album, The Dawn Of My Death, is their first to feature Landon Tewers on guitar and screamed vocals. (Tewers left the band in 2010 to focus on his current project, the Plot In You.) “Life Was All A Dream” was given a music video, which you can watch above.

Burden Of A Day – Blessed Be Our Ever After

Blessed Be Our Ever After served as Burden Of A Day’s debut on Rise Records. The 11-track album added an even more aggressive edge to modern post-hardcore. “It’s Lonely At The Top [Or So I’ve Heard]” is one of many standout songs.

Closure In Moscow – The Penance And The Patience

Australia’s Closure In Moscow’s debut effort, The Penance And The Patience, is a driving onslaught of post-hardcore aggression that helped land the band in AP’s 100 Bands You Need To Know in 2009. The record was produced by Kris Crummett and released in April of 2008.

Dance Gavin Dance’s self-titled album (a.k.a. Death Star) was the first to feature vocalist Kurt Travis (Jonny Craig’s first replacement) and guitarist Zac Garren. It also was the last to feature co-frontman Jon Mess and bassist Eric Lodge, though they both returned to the band in 2010.

From First To Last’s self-titled album was their first record without frontman Skrilex… er, Sonny Moore. The highly criticized release was met with severe opposition, underselling the band’s previous LP, Heroine, by over 20,000 units. Time has been kind to this release though, and when viewed on its own merits  , it’s quite enjoyable. “Two As One,” “We All Turn Back To Dust,” “I Once Was Lost…” and others are all notable, must-hear tracks.

In Aviate were one of Rise Records’ many bands that ended far too soon. The group’s second and final album, 1985, is a combination of Closure In Moscow and PM Today, with a dash of early Tides Of Man—underrated in every sense of the word.

Lower Definition – The Greatest Of All Lost Arts

Before Valentino Arteaga was drumming in Of Mice & Men, he was a member of San Diego band Lower Definition. After releasing multiple demos, EPs and a studio album, the band released their sophomore LP, The Greatest Of All Lost Arts, on Ferret in 2008. Jonny Craig guests on what is arguably the band’s most popular song, “Puebla Cicada.” (Fun fact: Vic Fuentes was featured on one of the band’s early songs, “Higher Than Kites,”)

After forming from the remains of post-hardcore band Stutterfly in 2007, Secret & Whisper released their debut album, Great White Whale, on Tooth & Nail in 2008. The record is one of post-hardcore’s brightest, yet most overlooked moments.

A Static Lullaby’s Rattlesnake! is a post-hardcore masterpiece on the heavier side of things. The band’s cover of Britney Spears’ “Toxic” was featured on Punk Goes Pop Vol. 2 and helped put the band’s name on listeners’  map. The album also has future Of Mice & Men guitarist Phil Manansala during the quick moment he was riffing for the band.