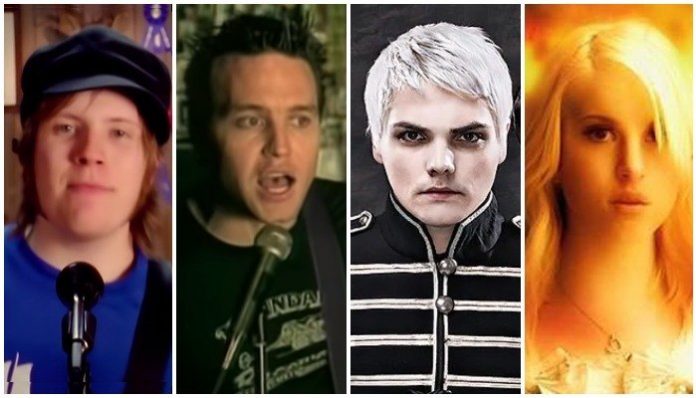 It feels like everyone is spending their time social distancing by playing the new Animal Crossing game on the Nintendo Switch. Animal Crossing: New Horizons dropped March 20, and people have been playing it addictively since.

Because the game is so customizable, people have discovered you can actually play several scene songs in the game, whether it’s through the Town Tune function or by having your character jam out on instruments.

Read more: Here’s why Puddle Of Mudd’s viral Nirvana cover sounded like that

Check out 10 scene songs you can play in the new Animal Crossing below.

1. My Chemical Romance – “Welcome To The Black Parade”

welcome to the black parade as a town tune for acnh! from r/MyChemicalRomance

Thanks to one Reddit user, we learned that we can play this My Chemical Romance emo anthem while in the game to keep our brand as strong as ever.

if you hit A fast enough on the drums you can cover Sugar We're Going Down #AnimalCrossing #ACNH #NintendoSwitch pic.twitter.com/2PovrLoxys

Guitar tech and tour manager Aaron Dimatulac discovered that if you time it right, you can play this Fall Out Boy hit on drums in the game, which shows off some serious skills if you ask us.

and while i'm posting town vibes, here is my town tune, aka 21 Guns by @GreenDay ♥ #AnimalCrossing #ACNH #NintendoSwitch #GreenDay pic.twitter.com/f4zjaDuX9Z

We’d be lying if we said it wasn’t extremely amusing to see this Animal Crossing character perfectly hum “21 Guns” by Green Day in the game.

instead of Song of Storms, I made my town tune High School Never Ends by Bowling for Soup, so every time a resident talks to me I just hear ‘the whole damn world is just as obsessed’ in beep boop form

Excuse us while we immediately change our own Town Tune to this Bowling For Soup throwback track so we can hear it in “beep boop” form, as one Twitter user put. There’s also “1985” if you’re looking for another classic.

My town tune is an all star #AnimalCrossing #ACNH #NintendoSwitch pic.twitter.com/bEPydf2KiP

It’s no surprise that people immediately found a way to incorporate Smash Mouth into their gaming, but that doesn’t mean we still didn’t find it hilarious.

also my mother: oh that’s cute, order it for me

this is my mother everyone. i also made her town tune as iron man by black sabbath

This mom not only gets cool points for playing Animal Crossing in the first place, but she also pays a nod to Black Sabbath in the game. And she’s not the only one as “Electric Funeral” is another classic option.

#AnimalCrossing #ACNH #NintendoSwitch WE ARE THE CHAMPIONS pic.twitter.com/MV0Zn1eMUs

Making your Town Tune Queen’s “We Are The Champions” is an easy way to brighten anyone’s mood while running around their island.

A White Stripes bassline this iconic is perfect for recreating in Animal Crossing form via Town Tunes, because it’s just so recognizable.

I stayed up until 1:30 making my flag the blink-182 self titled album cover and my town tune Adams song, it was a good night #AnimalCrossingNewHorizons #ACNH #blink182 pic.twitter.com/Oi40hqWJV7

This person was highly dedicated to showing off their blink-182 fandom in the game, even making their Town Tune “Adam’s Song.” Others have even taken on “Dammit.”

Idk if @paramore or @yelyahwilliams give a shit about Animal Crossing but my musician spouse helped me make the “Ba da ba ba da ba ba da” from Brick by Boring Brick into my town tune 😭 (changed to A minor) pic.twitter.com/kmkAr1Oc18

This Paramore fan transformed “Brick By Boring Brick” into an Animal Crossing anthem. They even shared an adorable video of it on Twitter that we’ve played more than a few times already.

What’s your Town Tune in Animal Crossing? Let us know in the comments below.