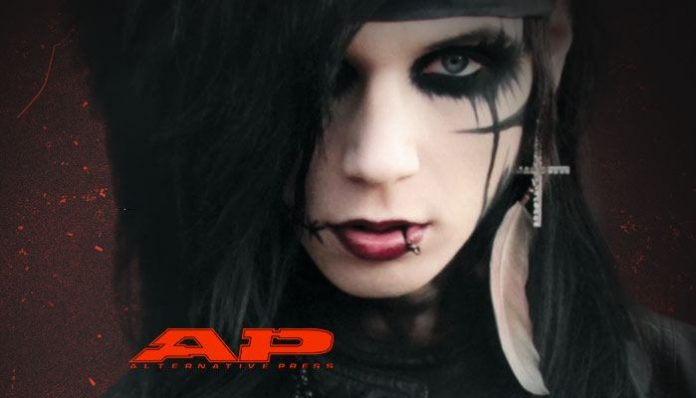 Andy Biersack, Black Veil Brides’ founding frontman, has always wanted to be on the cover of Alternative Press. When he was a brash young rocker in southern Ohio, his bedroom walls and ceiling were covered with photos from the pages of our magazine. Approximately 16 years later, you know what happened next. Biersack appeared on the cover of AP more than any other artist of the past 35 years. Now you can revisit that entire history in our special Black Veil Brides Collector’s Edition.

Our BVB collector’s edition is, in a word, massive. We’ve compiled every cover story on Black Veil Brides and Biersack’s Andy Black project into one special-edition magazine. From the band’s first cover (headlining the 2011 AP tour) to this year’s 35th anniversary celebration, these stories and interviews are a must-own anthology for every Biersack stan.

Read more: Quiz: What Black Veil Brides era are you?

The Biersack/BVB story has been the classic tale of the underdog who made it against all the odds. The archetype misfit in his hometown, the only community Biersack had in his life was when the Vans Warped Tour landed in Cincinnati. There he could see the bands he worshipped and be with like-minded souls who loved the same culture he did. He started Black Veil Brides with some kindred friends, laying the groundwork for the vision he crafted for himself. When Biersack moved to Los Angeles to get acting jobs, he ended up reinventing the band.

The detractors and the haters who scoffed at Biersack’s dreams and intentions? Well, their worldview only goes several blocks away, ending at their local six-pack shop. Black Veil Brides have seen the world and have lit the souls of a legion of die-hard fans. A hard-rocking metal band with an emo heart, BVB still mean something to those stans, nearly a decade-and-a-half in. With his solo vehicle Andy Black, Biersack has embraced his inner pop star, delivering accessible songs along with a repartee that’s one-part captivating storyteller and one-part stand-up comedian.

And Alternative Press has been there chronicling all of it. This sleek collector’s edition features cover stories that have been long out of print, documenting Black Veil’s rise and Biersack’s metamorphosis. With tons of classic and unpublished photos, this collector’s edition is the best fan club bible you could ever want. More importantly, it’s a testament to a Midwestern work ethic and the ability to touch people’s hearts..

Unlike most dudes surrounded by amp stacks and drum risers, Biersack has a worldview that belies his age. He never shies away from any topic, whether it’s his context-deficient critics or casually discussing why he’s wearing his wife’s tights and lipstick at a photo shoot. These stories show all the evidence. Black Veil Brides are successful because they’ve studied rock history and its power. These collected interviews contain the stances of 21st-century rock stars. BVB can be cocky and arrogant when the situation calls for it. But more often than not, the band’s honest humility has resonated with followers who have used their music as refuge. Whether they’re taking command of concert stages or comforting fans who handed them the blades they used to self-harm, Black Veil Brides continue to strengthen those bonds.

With the new reimagined version of their debut album Re-Stitch These Wounds into the world, excitement for Black Veil Brides has been escalating. And really, you don’t know where they’re going to go until you truly know where they’ve been.

These are the stories and thoughts of Andy Biersack and Black Veil Brides, compiled from the archives of Alternative Press. You know the songs that got them this far. Now you can revisit the history they made with these stories.