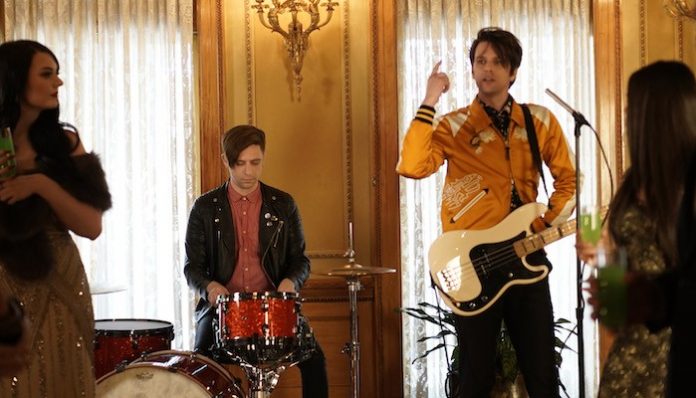 Today Dallon Weekes and Ryan Seaman—known to your devices as I DONT KNOW HOW BUT THEY FOUND ME—unveil the clip for “Social Climb,” the final single from their acclaimed EP, 1981 Extended Play.

Filmed at the famed McCune Mansion in Salt Lake City, Utah, the video looks like the kind of ’70s-era mystery film one usually sees on TV at 3 a.m. From the settings, characters and the look of the film stock, Weekes tells AP it’s all part of the plan.

“[The Mansion] is over a hundred years old, a very cool location. A very Overlook Hotel vibe,” he says, making a reference to the central location of director Stanley Kubrick’s harrowing film adaptation of Stephen King’s novel, The Shining. “I was definitely chasing [that movie] with regards to the look and the feel of the thing.”

Weekes did acknowledge the place looking a bit like the murder house in American Horror Story. When asked if the house had any painted portraits with the eyes cut out for eavesdroppers to look through, he laughs. “You know, they probably have them,” he says. “I don’t think they tell anyone about it. They do have that happening on every other episode of Scooby-Doo.” 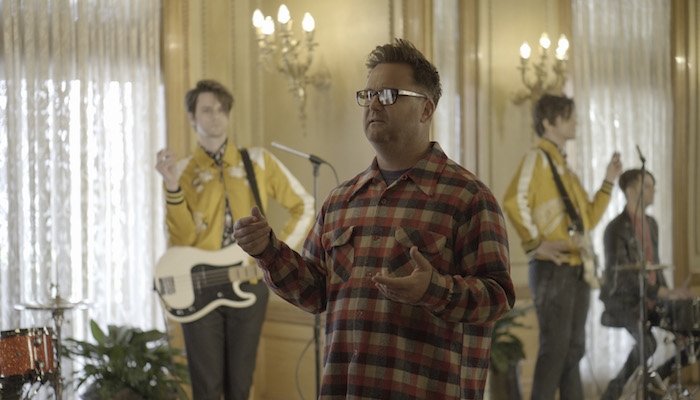 Directed by Christian Jacobs (whom you never see in the same room at the same time as MC Bat Commander of the Aquabats), the video maintains Weekes’ idiosyncratic need to have iDKHOW’s visual properties look like relics from another decade. Unlike previous camera work, “Social Climb” was done on 21st century equipment to make it look 100 years older.

“I always want to shoot on vintage equipment,” Weekes says. “We did that with the ‘Nobody Likes The Opening Band’ video, but with this one, it was easier to do it with the modern stuff and then filter it out to make it look like it was on film after the fact. The timing [to shoot the video] was so tight. It was more convenient to get it done in a timely matter with modern equipment.” 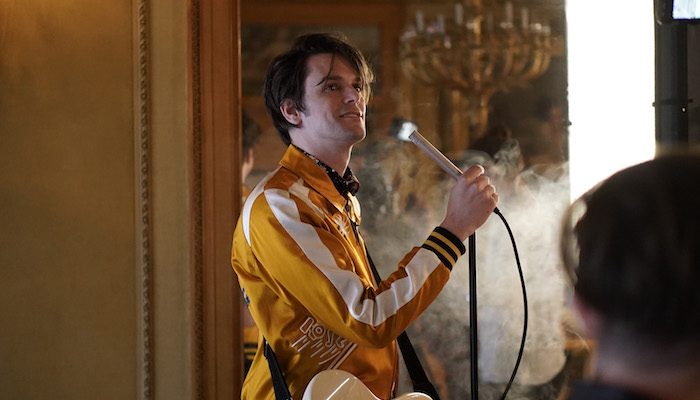 Weekes gave director Jacobs four or five shots he definitely wanted in the video, and then “the rest of it was him piecing together all these ideas together into something that makes sense.” Weekes’ wife, Breezy, did the casting for the video, enlisting some extras who lived around the Salt Lake area (models, actors, friends) to come down to participate. In addition, there are some v. cool Easter eggs to be found, including the unofficial iDKHOW mascot, the White Shadow and a mysterious toll-free number at the clip’s end.

“The White Shadow is there,” Weekes says. “It’s always a different person who puts on the White Shadow suit. The guy who put it on for this particular video was this huge bodybuilder-type dude. We tried to put him far away so he’d look smaller, but he’s still gigantic. It was pretty ridiculous.

“The phone number is this weird 800 number that’s apparently been in existence for 30-something years,” he continues. “It’s just random phrases. The main purpose of the original number was to have telephone companies test their lines. I found out about [it] at random, called it up and listened to it for about 20 minutes.

Read more: iDKHOW is a band for the scene that has everything

“It’s almost like this weird, inexplicable poetry. And surprisingly enough, several of the lines recited really fit with the theme of the song and the video. I immediately became enamored with it, and I said, ‘OK, we’ve got to include this thing.’ It also fits the whole mythology and aesthetic of the way we present the band, too.” 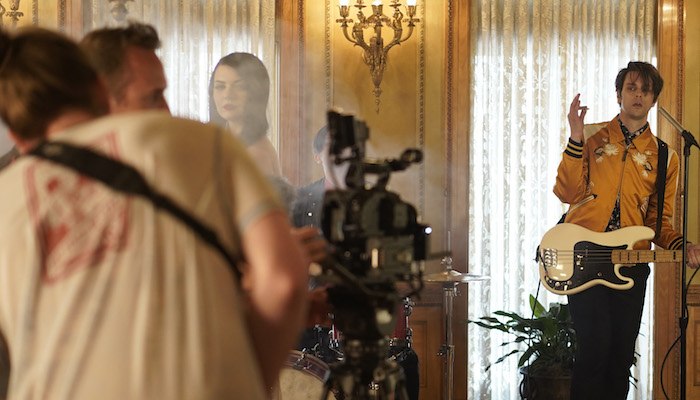 In other news, Weekes and Seaman are heading out for some European dates before the end of summer. The frontman says there are plans for another Christmas collaboration similar to his Xmas Jambz projects. And with regards to recording their proper debut album, Weekes says he’s heard “rumors of recording start dates.”

Read more: Dallon Weekes says the debut iDKHOW album is “all over the place”

“I’m keeping my fingers crossed that they’re real,” he says. “But everything is moving along as to what I had in mind since the onset of the band. We’ve been able to keep control of the artistic vision and its direction, and it’s moving in a way that it’s what I always intended it to be.”

“Social Climb” appears on the band’s latest 1981 Extended Play. Check out the the new video for it below.