Devin Oliver has his own story to tell with shYbeast

I See Stars frontman Devin Oliver returns with a new electronic project called shYbeast after two years of life transformations, a serious medical issue and a transplant move to Los Angeles from his home state of Michigan. The iconic blond Legolas-like locks that’s been his signature look for years have been swapped out for a ruby-red hue as shown in new photos by fellow Mittener Tarina Doolittle.

I See Stars were one of the first bands within the scene to push boundaries into electronic rock culminating with their hit “Calm Snow” from their last record, Treehouse, released in 2016. Oliver debuts shYbeast on DJ and electronic dance producer Crankdat’s new single “Do You Mind,” which launched Friday on all platforms with more music exclusively under his own project to be released this year. Meanwhile, he says I See Stars fans shouldn’t freak out in the meantime. “The band have big plans,” Oliver says, “so if you’ve been waiting please be patient because it’s coming.”

We’ve been following you on socials, and you’ve obviously been busy with a number of things. But what is this new project you’re launching? How did it develop?

DEVIN OLIVER: I definitely love staying busy. [Laughs.] I’m always writing. Whether I am producing music for the band or just writing down lyrics, it’s a never-ending part of my life. With shYbeast, things developed naturally. Over time a lot of music I was writing started to take a different shape. It feels like a whole separate side of me fueled by varied inspirations. I’ve been through some shit the last few years. There was a moment when I realized I have my own story to tell, so I need to start telling it now. My story has many colors, and as an artist, I wanted to allow myself to express [that] fully without any rules, without any opinions, without any ceilings. That’s exactly what this project is about.

EDM and electronica are often confused as just being one type of music with one type of fanbase, but that’s not true. Talk about the specific sound or subgenre that you’re performing in now with this new project. What were your inspirations as you created the music for this release?

Being from Detroit, you couldn’t ignore the dance community even if you tried, even before it became commercial. As a member of an electronic-rock band, I was more inclined to pay attention because we’ve been infusing electronic elements in our music since day one. I’ve been going to Movement Festival for over a decade. It’s really hard not to be inspired by the artists in that world. They continuously break rules and reinvent new ways to express themselves, and it reminds me a lot of the early rock world I grew up in. To go down every avenue of subgenre would take a while—the electronic renaissance has taken the whole world for a ride, and there were many inspirations along the way.

I think a turning point for me was listening to this alt-dance group RÜFÜS DU SOL. They have a way with melodies and lyrics that makes it hard not to tap into my emo roots, but they bring this live electronic-rock blend to the stage that makes it impossible not to dance your ass off. When I listened to their album Bloom back in 2016, I really fell in love, and at the time I started noticing electronic artists bringing guitar and drums onstage—you have rock ’n’ roll-inspired elements being reintroduced. It’s been incredible to see some of my friends doing great things in their live show and studio realm, [such as Kayzo, Sullivan King, Yultron, Crankdat, Krewella, etc.].

It’s hard to really compare shYbeast to anything right now because I believe the project will live in its own lane. I plan on singing on most tracks, but I’ve also been inviting other vocalists on songs I’ve written. This first release is more of a “soft release” featuring shYbeast on a Crankdat song. My first official shYbeast track drops shortly after.

Is this a one-and-done project for you, or is this something that is going to be longer term? You mentioned that you were looking to release music on a regular basis with this new project?

I don’t believe in one-and-done. If I release something, it’s because I’ve put serious time and thought behind it. I see a new road with this project that I plan to walk down fully committed. Like I said, it’s my story. shYbeast will be a project that molds with me, grows with me. 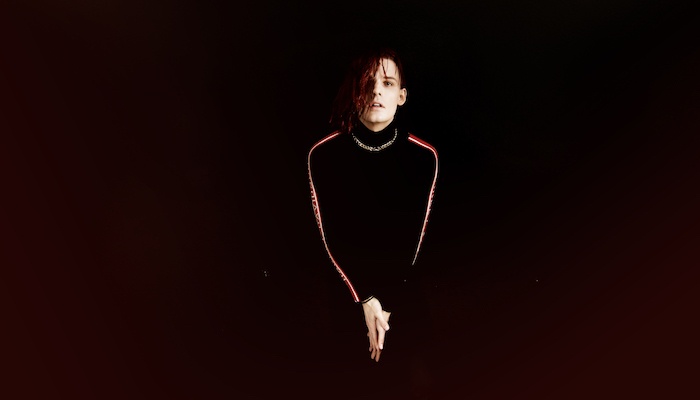 Reading the trades and looking at the charts, hip-hop (and electronica, it could be argued) is reigning big over rock. There’s a bit of a back and forth going on in the industry among those who say rock is eclipsed and won’t be back on top for a while versus those who say rock is on the verge of making a comeback. What are your thoughts?

I believe rock will always have a very strong pulse. The thing that both hip-hop and electronic culture are doing is continuously innovating and embracing the communities of music around them. Hip-hop and dance culture are fueling their fires together. Rock hasn’t made much of an effort to involve the hip-hop and electronic community, but when they do, it explodes. Look at twenty one pilots and Bring Me The Horizon—easily two of the most influential bands right now.

What are the future plans for I See Stars? There’s a portion of “the scene” that say it’s dead and that artists who once performed music in this genre should adapt and move on to broader sounds. Others say this genre isn’t going away, and it’s just recharging with new sounds and new artists. How do ISS navigate the scene going forward?

I See Stars will always be a top priority of mine. Those guys are my brothers literally and figuratively. I love writing music with them. I’ve always been the type of artist who loves collaboration. It makes me a stronger writer and opens doors in my brain that probably would have stayed closed otherwise, and this new project allows me to do so at my own leisure. Sometimes you finish a song and love it just the way it is, and although people’s opinions are always appreciated, I felt I needed an avenue to go rogue for once. The band and I believe the journey for ISS has just begun—Treehouse was a big record for us, our highest-streaming album with a direction we only plan to expand on. The band have big plans, so if you’ve been waiting please be patient because it’s coming.

For the past five years or so, a lot of musicians got up and moved to Nashville. That was the place to be if you wanted to really get your career moving forward on a serious level. Now, it appears that everyone is saying Nashville is too crowded and to move to Los Angeles. You and the guys moved to L.A. two years ago—how has the move changed your career opportunities and  personal life? Why should fellow musicians move to Los Angeles?

I moved to L.A. in 2017 and have been back and forth from Detroit ever since. There’s a lot of mixed opinions on this—I believe if you’re talented enough, it doesn’t really matter where you live. I started in a basement at age 11 in Detroit and released five albums before moving to L.A. On the contrary, I’ve learned a lot about being an artist in L.A. I’ve been able to watch other artists in the studio. Instead of going out on the weekends and killing time, my friends here in L.A. go to the studio for fun and make music, so I’ve been writing a lot more. I see artists producing music in innovative ways and working on their projects in every avenue from fashion to visual art. There’s a lot of camaraderie in the community because we’re all in the mindset of creating 24/7. 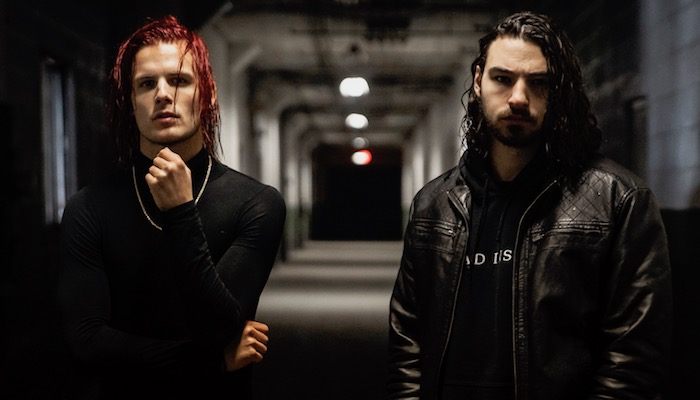 What have you discovered about yourself, professionally or personally, since moving to Los Angeles? Have you changed or developed as a person?

Although being in L.A. acted as the catalyst at times, I wouldn’t give credit to my location for the changes I’ve experienced in the last few years of my life. Eighteen months ago, I was diagnosed with a neurological disorder called intracranial hypertension. In short, my body isn’t draining the spinal fluid in my head fast enough, so for a whole year I experienced what I would describe as the worst fucking headache I could ever imagine. I couldn’t handle sunlight. I couldn’t concentrate on anything. I toured with Dance Gavin Dance in summer 2018, and I’d be in my bunk all day until we performed; then I’d get offstage, vomit and head back to bed. I’m indefinitely on a diuretic that keeps the pressure at bay, so I’m pain-free for now, but I’ve come away learning the reality of “life is short”—what we do with our time matters. shYbeast serves a really important purpose for me. You hear it all the time how music saves lives, but when I was in the hospital I truly understood that because writing lyrics gave me purpose. Making music keeps me going through the good and bad. This project is my way of saying I have a platform and no excuse to not always express myself artistically.

I See Stars were a Warped Tour regular for many years. What are you guys going to do with all of this free time now in the summers?

This summer will be anything but a vacation. Now that I have two projects I will most likely be spending most of my free time in the studio. But if I do find myself with time to kill I’ll be spending it with my family and friends. My clothing line DXD has some pretty cool releases coming this summer as well. Lots on the agenda, and I honestly can’t wait.

Finally, what did you do to your hair?

[Laughs.] I keep telling people I went from Targaryen to Fire God. If I’m being honest, this is a new chapter, and change felt right. My hairstylist accidentally dyed it pink at first, so I’m just happy I didn’t end up shaving [my] head—which was plan B!

“Do You Mind” is the third and final single from Crankdat’s debut EP GEARWORLD VOL. I, which is being released via Kayzo’s imprint Welcome Records.

You can keep up with shYbeast on Instagram, Twitter and SoundCloud. and Crankdat here. Check out the new track below.