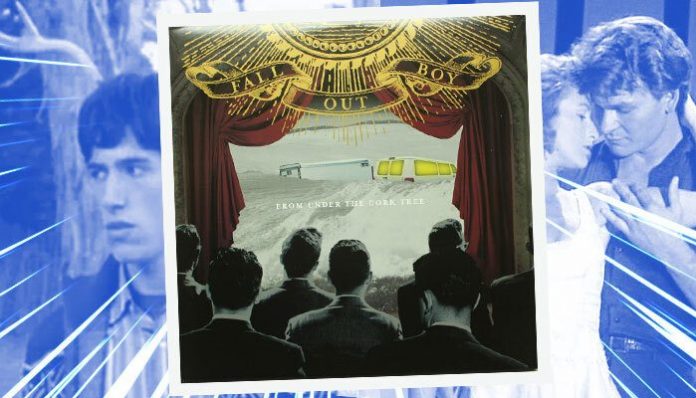 Fall Out Boy’s From Under The Cork Tree is the gift that keeps on giving. The pop-punk icons’ unforgettable 2005 output is jam-packed with Easter eggs we either didn’t notice before or completely forgot in the years since. From movie quotes and emo cameos to its unusual artwork, there’s a detail hiding in every corner.

To celebrate their second album’s 15th anniversary this year, we’ve collected 15 of these hidden features and little-known facts about the era that defined their genre and created some legendary music moments.

1. There are movie references everywhere

Loaded with cinematic references both familiar and obscure, From Under The Cork Tree’s track listing alone reads as a highlight reel of iconic movie quotes from the likes of Casablanca, Dirty Dancing, Seven Minutes In Heaven, 25th Hour, Sixteen Candles, The Shawshank Redemption and High Fidelity. Even the blood-sucking video for “Sixteen Candles” paid homage to The Lost Boys. From unforgettable coming-of-age tales to classic romances and gritty dramas, Fall Out Boy’s second album gifted us with plenty of opportunities to guess the origin of its otherwise baffling song titles.

2. “Our Lawyer Made Us Change The Name…” wasn’t a joke

Cork Tree’s opening salvo and one of their longest track titles isn’t just a tongue-in-cheek reference to Fall Out Boy’s boundary-pushing rebellion. “Our Lawyer Made Us Change The Name Of This Song So We Wouldn’t Get Sued” began its life under the title “My Name Is David Ruffin And These Are The Temptations” to reference the iconic 1960s Motown outfit. You may know them for timeless classics such as “My Girl” and “Get Ready,” and this sneaky reference to one of music’s most enduring bands very nearly put FOB in legal hot water.

3. Everything about “7 Minutes In Heaven”

“7 Minutes In Heaven (Atavan Halen)” is an open book for FOB fans. As subtly suggested in its title, the track addresses Pete Wentz’s Ativan overdose attempt in 2005, tackling the subject of depression, anxiety and dependency through a spiraling narrative that made us fall in love with the Cork Tree era. On a lighter note, the opening chord progression is a neat tribute to Eddie Van Halen’s signature sound that you’ll find on the likes of “Dance The Night Away” and “Panama”—this track became the starting point for the band’s frequent homages to their musical idols.

If you can see past the cringeworthy prom hairstyles and dance moves from our Fall Out Boys, the homecoming dance featured on Cork Tree’s most iconic video for “Dance, Dance” was the perfect place to hide some cheeky cameos from their peers in the scene. Armor For Sleep’s Ben Jorgensen and Travie McCoy of Gym Class Heroes sneaked their way into this chaotic scene to celebrate in poorly dressed fashion like an emo edition of Where’s Waldo.

6. The true story behind the artwork

From Under The Cork Tree’s now iconic album cover depicts a van and its trailer stuck in the snow. It’ll feel familiar to touring bands and otherwise unremarkable to fans. However, this image refers to Fall Out Boy’s van accident in Pennsylvania while driving to New York City to record the video for “Grand Theft Autumn / Where Is Your Boy” during Take This To Your Grave. FOB’s most recognizable album cover simultaneously immortalizes this traumatic (although thankfully not fatal) moment in their history by showing an audience of men watching the accident unfold onstage.

In the midst of the tangled vampiric web of the “Sixteen Candles” video lie a number of clever cameos referencing the band’s peers and their crew. As the narrative explores the various bloodthirsty cliques who wander the streets at night, another appearance from Gym Class Heroes legend McCoy emerges alongside Panic! At The Disco’s Brendon Urie and Spencer Smith, plus the Academy Is… members William Beckett and Mike Carden. Less recognizable appearances include FOB’s security manager Charlie, aka WarChief, who portrays a priest and the band’s special effects and lighting guy Dirty, who collects information for Patrick Stump’s character.

Fans are known for shortening FOB’s second album down to Cork Tree, but the obscure name wasn’t just a reference we couldn’t get. Derived from drummer Andy Hurley’s childhood book The Story Of Ferdinand about a bull that would rather sit under a cork tree smelling the flowers than fight in the ring, the album’s name shortens to a much less complex acronym—FUCT. If that isn’t the most Fall Out Boy play on words we’ve seen them pull over their 19-year career, we don’t know what is.

9. “Your number one with a bullet”

In the inimitable chorus of “Sugar, We’re Goin Down,” Stump says, “I’ll be your number one with a bullet.” As relevant as it may be to the general needy aura of the rest of its lyrics, this line references the bullet image used on the Billboard charts to signify songs that quickly rose through the ranks. Considering the band’s record label weren’t confident that this track would be a hit, this was a neat Easter egg that foresaw its own meteoric success. It’s also the title of a Robert Carradine movie, but the Billboard theory is much more interesting.

“Someone old, no one new, feeling borrowed, always blue”—the bitter echoes of “I Slept With Someone In Fall Out Boy And All I Got Was This Stupid Song Written About Me” was delivered by the one and only Chad Gilbert of New Found Glory as we’ve rarely heard him before. In exchange for Stump’s vocal contributions on NFG’s cover of “King Of Wishful Thinking” in two years’ time, Gilbert stepped up to deliver the pained bridge with a vocal cord-shredding approach that brought a fresh, vicious depth to the track.

11. Snitches And Talkers Get… emo tributes

Ever since Cork Tree’s limited reissue Black Clouds And Underdogs dropped “Snitches And Talkers Get Stitches And Walkers,” fans have questioned why such a contagious track didn’t take its rightful place among the rest of the album’s storming moments. Rumor has it that Wentz felt the track sounded a little too much like My Chemical Romance, and it didn’t make the cut as a result. True or false, we think that makes “Snitches And Talkers” the sneakiest Easter egg tribute to their fellow emo idols.

12. The music or the missed opportunity

Stump once stated he’d like to drop “I’ve Got A Dark Alley…” in exchange for placing catchy number “The Music Or The Misery” among the Cork Tree tracks. Referencing a classic quote from High Fidelity, this Easter egg track from the Black Clouds And Underdogs reissue manages to juggle bringing back all the sincerity of Take This To Your Grave and predicts the singalong vibes from Infinity On High at the same time.

13. Even Brendon Urie squeezed in

Remember hearing emo icon Urie’s familiar tones in the background of “7 Minutes In Heaven (Atavan Halen)”? We didn’t either. As Panic! At The Disco were signed to Wentz’s record label Decaydance at the time, the frontman steps in to belt the backing layers of the song’s chorus, adding his usual theatrical depth to a dramatic number. Fast forward to Folie À Deux and Urie would return to sing the iconic “Dance, Dance” chorus for the montage through “What A Catch, Donnie.”

Alongside the emo cameos in the “Dance, Dance” video, actress Katrina Bowden featured as Stump’s love interest at the homecoming dance. Aside from the fact that Bowden later married Armor For Sleep’s Jorgensen, who also made an appearance in the scene, her next acting gig in Law & Order: Special Victims Unit led Stump to pursue a role in the show himself. Three years later, Stump appeared in Law & Order episode “Darkness,” playing small-time computer hacker Marty Dressler, a far cry from that awkward role in the “Dance, Dance” video.

If you’re still missing the Academy Is… as much as we are, here’s a friendly reminder that lead singer Beckett featured on “Sophomore Slump Or Comeback Of The Year.” His distinctive tones play out over the heartfelt bridge, echoing the raw aesthetic of FOB’s debut album, Take This To Your Grave. The Academy Is… were signed to Wentz’s Decaydance label at the height of their career, and this collaboration brought together the two realms of golden-age emo at a pivotal point in FOB’s history. 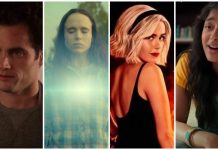