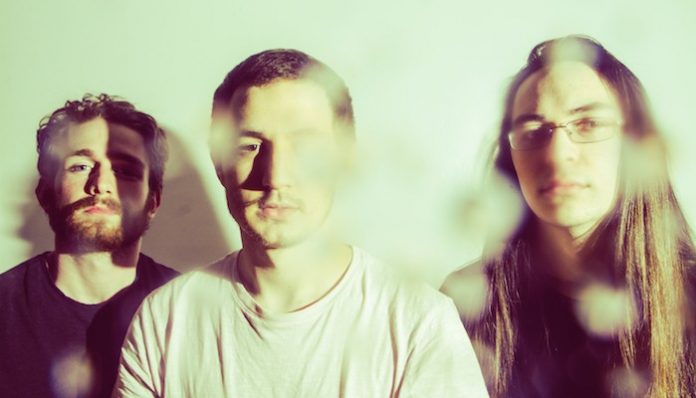 Falling somewhere between Kurt Cobain and emo fame are the Standby, who are once again breaking through the surface with their latest single, “Drawing Out The Hurt.” The trio are teaming up with AP to share the new song and music video.

Jamming through chilled, gritty visuals to correspond with their emotion-driven words, the band continue to build on the critical acclaim drawn by their first two tracks.

The band divulge a story of emotional confusion and “internal reflection” with the new track, lacing their words tightly with the real-life experiences shaping their music.

Tying in visuals with these feelings was a clear goal for the Standby. The band say the creative process was locked in on conveying the same feelings from sound to screen.

“It was important to us that this video deepened the meaning of the song,” they say. “So we spent a lot of time identifying the symbols we wanted to use in the video. We spun those into our live performance and ran with it.”

Where prior tracks have showcased the musicians at their present state, the band see “Drawing Out The Hurt” as a symbol of progression.

“We’d like to think it shows our growth,” they explain. “We chose ‘Drawing Out The Hurt’ as our next single because it shows another aspect of the sound we’ve been working on. Playing this song feels more direct and raw compared to ‘Constant Nausea,’ and the rest of the songs on our upcoming EP run the gamut between those sounds.”

Categorizing their particular brand of rock ’n’ roll is no easy feat. Bringing aspects of ’90s alternative, emo and more, it’s a label that even the band members haven’t pinned down quite yet.

“That’s something we’ve been struggling with a little bit ourselves, and we’re not totally sure where it falls,” the band say. “We play music we want to hear, but it’s been described as modern grunge, post-emo and modern rock with a ’90s feel.”

The Standby are set to release their debut EP, Over, Under, Sept. 6. Details on the EP and release party are available here. You can check out the band’s latest track and music video below.