AFI are continuing to deliver a slew of diverse tracks ahead of their first album in more than four years, Bodies. “Dulcería” and “Far Too Near” mark the latest from their 11th album out June 11 via Rise Records.

With the release of the two new singles and a music video for “Dulcería,” AFI continue to explore the new era following 2017’s self-titled release also known as The Blood Album. While the band are officially immersed in this chapter, the new music still maintains their trademark sound.

Read more: 10 artists who put their own spin on a cover with a slight lyric change

For “Dulcería,” the band teamed up with Billy Corgan of the Smashing Pumpkins. This isn’t the first time the bands have crossed paths as frontman Davey Havok joined Smashing Pumpkins during the encore of their comeback show in 2018. At the phone-free event, the vocalist joined them onstage at the Troubadour for a cover of Joy Division’s “Transmission.” The following year, AFI supported the band alongside Noel Gallagher’s High Flying Birds on a summer tour.

Now, the artists have reunited on “Dulcería,” an entrancing track that Havok says “suggests if you spend too much time in the candy store you may end up stuck to the floor.”

Jade Puget produced the band’s upcoming album, which is also mixed by Tony Hoffer (M83, Phoenix, Silversun Pickups). With the new releases, the guitarist shares how easy the creative process with Corgan was.

“Billy and I have a great creative connection when we’re writing together,” Puget says. “It was inspiring to work with such a talented and legendary songwriter, and ‘Dulcería’ is a testament to that.”

The immersive new video for “Dulcería” is available to watch below.

Following the release of the video, Puget took to Instagram to answer some questions from fans. In it, he revealed a fun fact that this was the first and only time he wore sunglasses in one of the band’s music videos.

The guitarist also confirmed that he was playing Robert Smith’s signature Schecter UltraCure, which he also used to record the track. 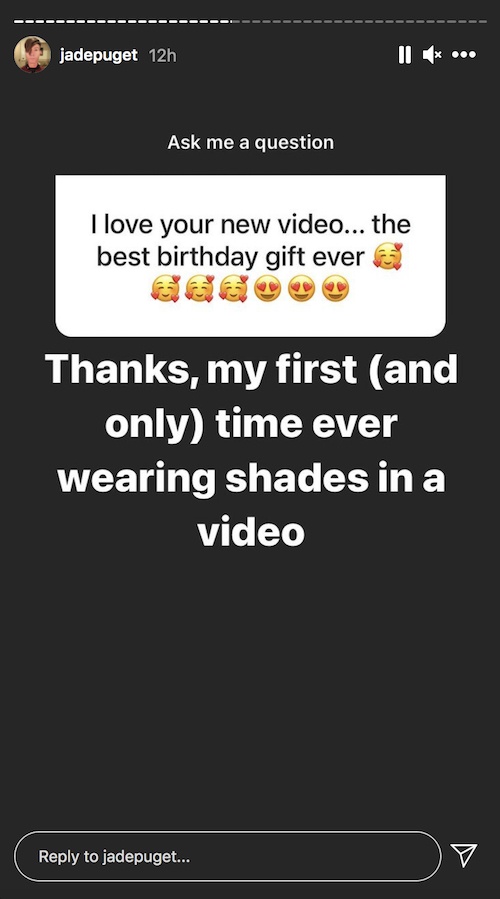 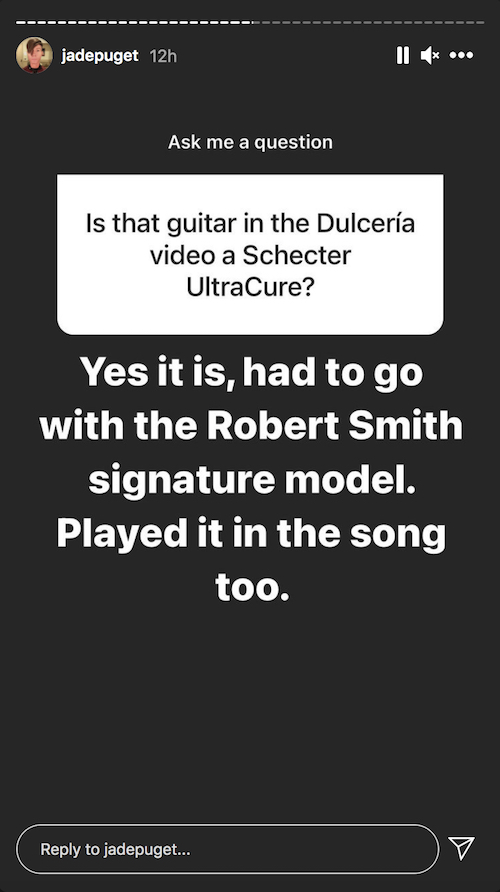 Puget also answered a question about the last track that was finished on Bodies. While he didn’t recall the song, he did share a behind-the-scenes photo with Havok holding up its lyrics. 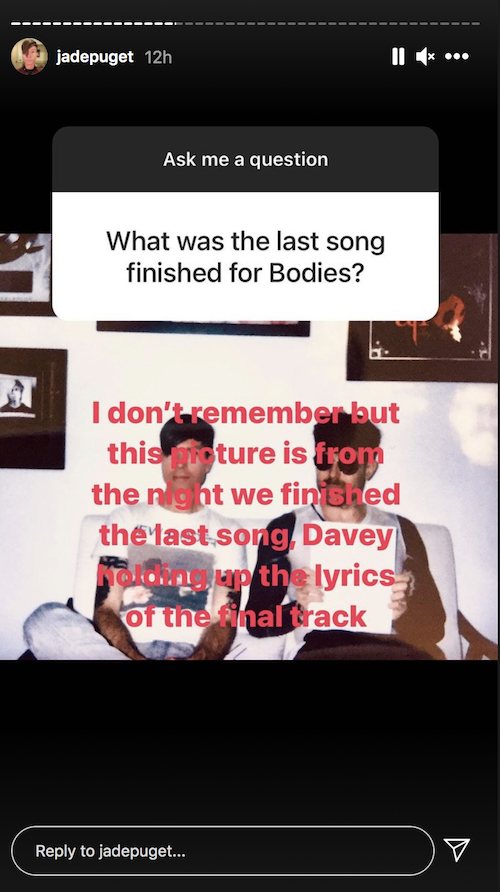 In addition to “Dulcería,” AFI also released a visualizer for “Far Too Near.” Contrasting vibrant, trippy visuals against a dark backdrop, the visual perfectly captures the vibe of the new song. The video is also available to watch below.

Today’s release marks the third time the band have shared two singles simultaneously. Back on Jan. 1, AFI kicked off 2021 by revealing their 11th album would be out before the end of the year. Two weeks later, they shared the first two singles, “Twisted Tongues” and “Escape From Los Angeles.” Havok revealed that “Twisted Tongues” was the first track they explored for the new album and it stretches back quite some time.

“As I recall, ‘Twisted Tongues’ came off the Blood era and was the first piece of music we explored on the new album,” Havok says. “The dreaminess of the music lyrically inspired themes of unforeseen severance. It is a pining song of being set adrift by those who once feigned to share the same anchors.”

In February, the band officially announced the name of their next album and its summer release date with the release of “Looking Tragic” and “Begging Trouble.”

Bodies drops June 11 via Rise Records, and the band have several preorder packages available. There is a vinyl LP pressed in a self-described ghostly clear/black ice variant that is limited to 1000 copies. The band are also selling three 7-inch vinyl with each of the dual-track releases: “Twisted Tongues” / “Escape From Los Angeles,” “Looking Tragic” / “Begging Trouble” and “Dulcería” / “Far Too Near.”

There is also a deluxe vinyl box set that includes Bodies as a black/gray heavy splatter variant with limited cover art, the three aforementioned 7-inch vinyl and a lyric book. All the physical and digital preorders packages are available here.

You can see the album artwork, tracklist and lyrics for “Dulcería” and “Far Too Near” below.

I saw sugar there, dancing in the sweet air.
When my eyes began to hurt
I spun sugared air, twisted up in your hair
That you’d burn before you’d flirt
Spinning, I must, Dulcería
You’re so cool that our tongues got stuck

In from the storm, where the norm is perverse
Well-acted porn’s getting worse
I love you more here, on the floor

Inhaled sugar there, dancing through the sweet air
‘Til our breath began to quake
I took several takes, melting in the cold air
And yet I gave you the shakes
Spinning for you, cuz you’re so cool
You’re so cool that our tongues got stuck

In from the storm, where the norm is perverse
Well-acted porn’s getting worse
I love you more here, on the floor

“Far Too Near” lyrics

Through the green door, finally impure
Your smile tells me that I can’t
Stay here assured, well understood
I only wish that I could, if I could I’d

Locked the green door, ever unsure
My smile tells me that I can’t
Keep you in fear, without a word
My only wish I’d take back, I’d take back if I could…