Frankie Palmeri of Emmure is no stranger to controversy. The man has been through frontmen feuds, his whole band leaving and health concerns. That doesn’t even mention the horrible “Cold Soul” T-shirt controversy.

Now, Palmeri is direct messaging fans asking for $100 for some type of exclusive fan club.

With Emmure’s Spotify about section just saying “EMMURE IS A CULT” one can only assume that we are in for a treat when dealing with this band.

According to Lambgoat, Palmeri is DMing those that follow him on Instagram and Twitter. He starts by asking “Hey there got a second” and continues with the reply below.

“Thanks! So I’m reaching out to people (hopefully true fans) asking if they would be able to make a $100 donation to the Emmure cult. But it’s not just a $100 donation via PayPal, it also signs you up to our exclusive email list and gives donation members access to free VIP and guest list spots at future shows plus exclusive merch items both at our shows and online. The current industry climate is pretty rough, so we want to give the fans a chance to be invested in what we do while supporting us. These spots are limited, so let me know if you’re interested and I’ll supply the necessary info.”

A screenshot from Lambgoat is below. 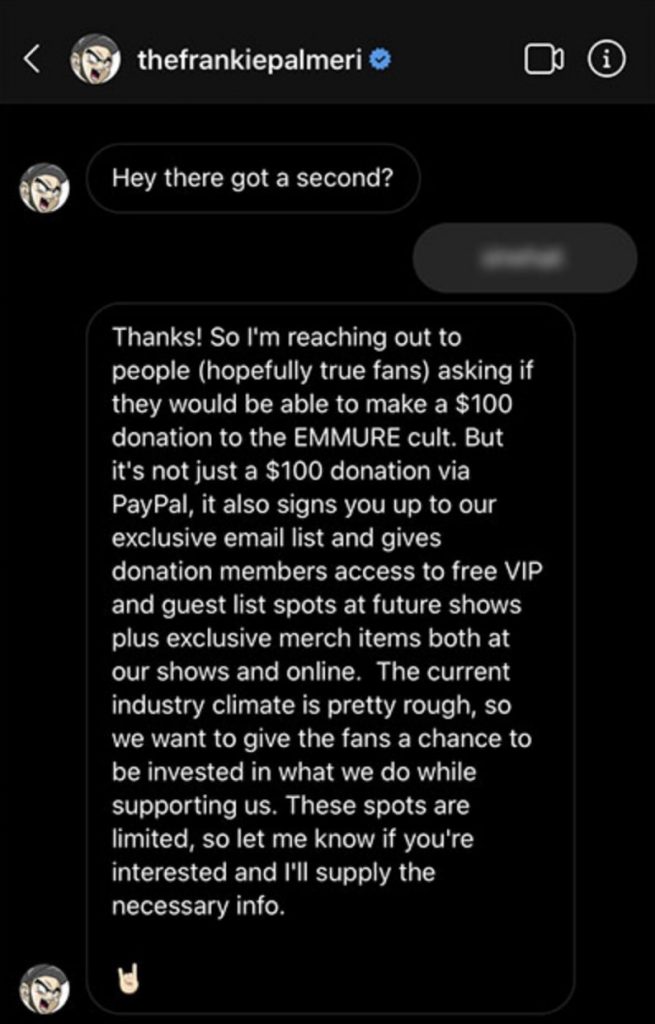 Read More: All Time Low to stream ‘Nothing Personal’ documentary one day early

As sites began reporting on the matter, Palmeri took to Twitter to express his feelings over the matter. He updated the masses by saying that all of those who donated have been refunded, and he’s upset with all of those who would think that this is nefarious or a scam. Check out some of the tweets below.

Read More: All Time Low to stream ‘Nothing Personal’ documentary one day early

UPDATE: Everyone that subscribed has been full refunded, because I honestly don’t have the mental energy to deal with all the negativity surrounding something that is harmless and benefited EVERYONE involved. See ya, in the real world.

I have nothing but deep appreciation for the people who support myself and the rest of EMMURE and I would be pained to think that anyone would suspect us of being scammers” or anything other than genuine as people and as artist. To the people who have subscribed. thank you.

I think its appropriate, now that there are news articles circulating on the matter, to clarify that yes I have been canvassing with fans to see who would be interested in a long term fan club subscription. Apologies to anyone who was under the impression this was nefarious. 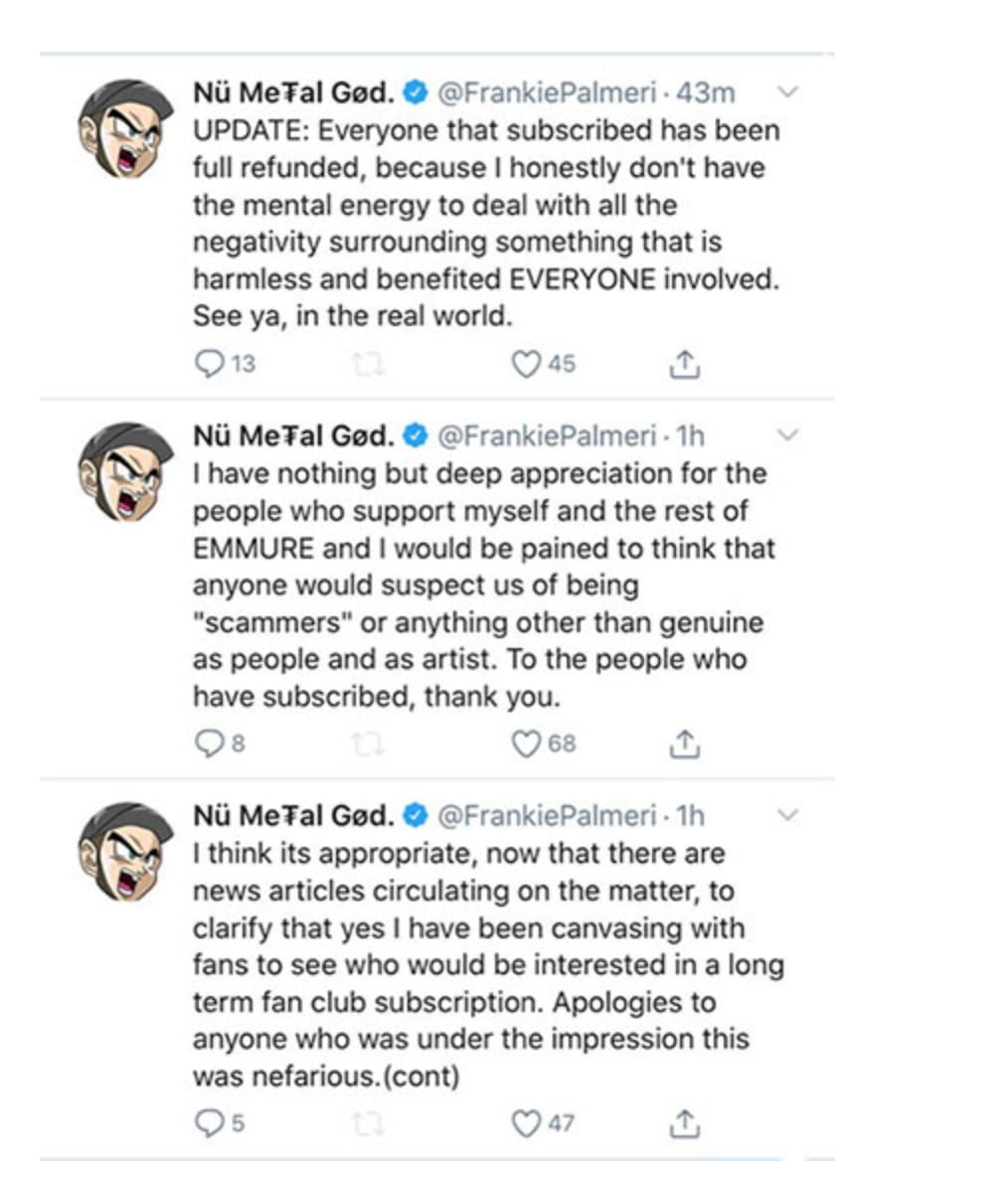 What do you think about this new fundraising idea? Let us know below.