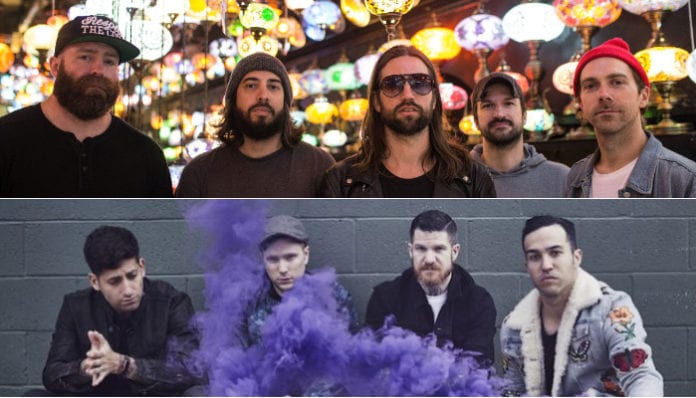 Every Time I Die have announced their addition to a couple more Fall Out Boy tour dates on the upcoming M A N I A Tour. Below, check out the complete list of cities and dates, including ETID’s four-date September run with the FOB gang.

Read more: A “Hey There Delilah” TV show is in the works

To wit, Every Time I Die just wrapped an exciting but bittersweet trek on the last full cross-country Vans Warped Tour. Further, ‘TID frontman Keith Buckley had the following to say regarding who Warped Tour served best for over 20 years:

“Warped Tour has always been for the kids. The punk kids. The ones who hate you but love each other. The kids who don’t give a fuck that you’re smirking at their mohawk or that you think the band they listen to are trash. Because you’re old, and you don’t know what it’s like to be excited about anything anymore.”

Will you be catching Fall Out Boy on the massive M A N I A tour this summer and fall? Who’s your favorite support act scheduled for the upcoming excursion? Sound off in the comments below, and get all the tour dates right down here: