From First To Last announce first show in two years

This is going to be the most epic after party ever.

Earlier this month, it seemed From First To Last might be teasing something thanks to a mysterious tweet. Now, related or not, we know the band is set to hit the stage again for the first time in two years.

Sonny Moore left the band 2007 to eventually pursue a career as Skrillex, returning in 2017 to release “Make War” with FFTL. Moore hit the stage with the act less than a month later at Emo Nite LA, marking the last time the band performed live.

Read more: Bring Me The Horizon score first No. 1 album with ‘amo’

In July 2018, FFTL officially released another song, “Surrender,” seven months after the first teaser. “Surrender” was shared for free after Moore made the announcement via Twitter and leaked the record’s artwork.

The band is now set to return at another Emo Nite LA event this March, marking just over two years since their last performance.

Deemed “BUKU Late,” the event will serve as an after party to New Orleans’ BUKU Music + Art Project, which Moore and Boyz Noize’s side project Dog Blood is headlining.

Both general admission and VIP tickets are available. The VIP package includes one “Make War” / “Surrender” vinyl and a limited edition FFTL T-Shirt designed as a collab with lifestyle brand PLEASURES. It will also feature VIP-only balcony viewing and VIP-only early entry to the venue. 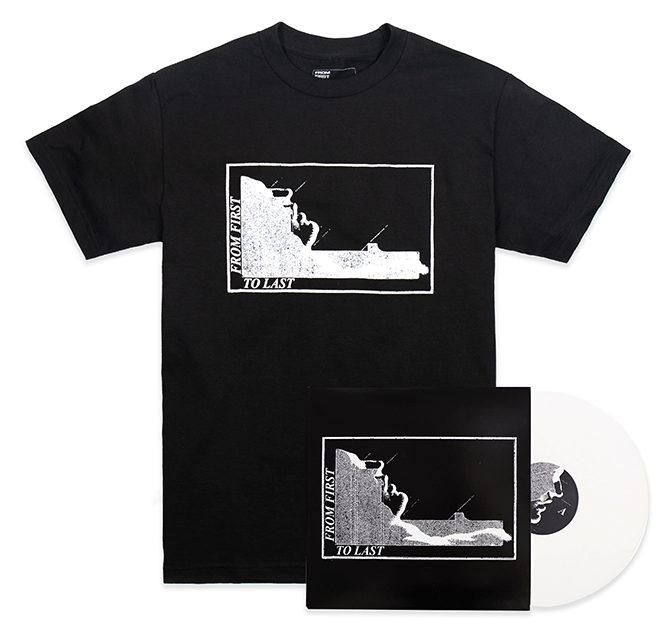 From First To Last vinyl and PLEASURES shirt collab.

Set for March 22 at Republic in New Orleans, doors will open at midnight CST just as BUKU is ending. You must be 18 years or older to attend. The after party tickets will be on sale this Friday, Feb. 15 at 12 p.m. CST at this link.

Emo Nite LA is currently on the road, with a slew of dates across the U.S. Check out a full list below with tickets available here.