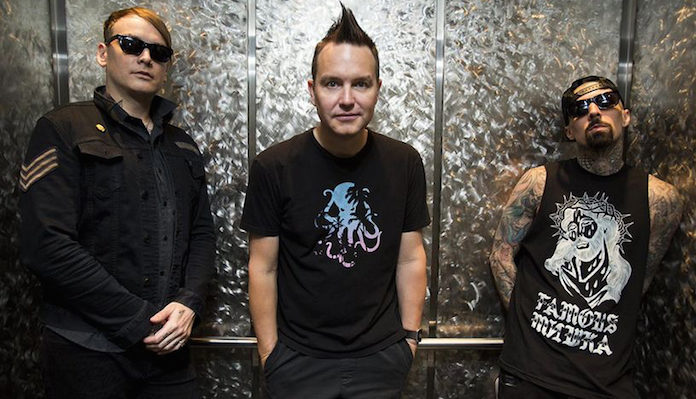 Blink-182 fans will soon be able to show off their obsession with Funko Pop! toys of the band. However, there is one huge thing missing—a couple band members.

Read More:  Blink-182 drop ska version of one of their songs to commemorate ‘Blink-182 Day’

Funko announced the toys via Instagram with a photo of what they will look like. Hoppus is sporting a blue octopus T-shirt and a hot pink guitar while Barker’s toy is fit with his tattoos, a backward hat and drumsticks in hand.

It’s unclear why Funko is only releasing the big-headed toys of only a portion of the band. Blink-182 fans will not be able to have a complete set of the current or former band, which is a huge bummer.

The collectable toys of the two band members will be released in September.

A few fans on Twitter noticed the absence of a third figure, and were not too happy about it.

These are perfect, thank you (*whispers* Tom and Matt would be cute af for Blink series 2 ) @blink182 you guys were born to be made into tiny plastic molds of yourselves look how cute you are

This is cool, but as a lot of us say, it isn’t really Blink 182 without all three of them. Though these two look great. They make some pretty nice looking figures.

How do you do Blink 182 with just two of them? https://t.co/Qpgh8exjtO

Blink-182 were scheduled to play at the final run of Vans Warped Tour, but had to cancel due to Barker’s recent health issues.

Blink-182 are working on new music, and according to Hoppus, it is going to sound “dark and weird” to fans.

“If you take California and compare it to Enema Of The State, I would say that what we’re writing now is more in line with Take Off Your Pants And Jacket and the Untitled record,” Hoppus said.

Will you buy the Blink-182 Funko Pop! toys? Let us know in the comments.