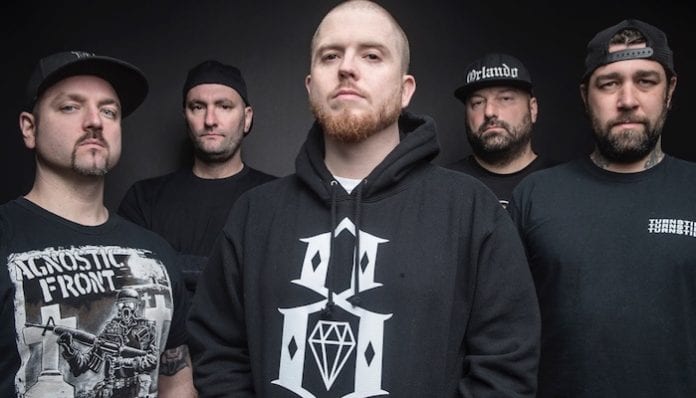 It’s been a few years since Hatebreed last dropped an album, but it looks like we’re finally getting an announcement of some new material.

The band will officially be dropping their eighth studio album in spring 2020 and we couldn’t be more excited.

The band have been busy this year with their 25th-anniversary celebrations but the new announcement means we’re going to be seeing plenty of the longstanding hardcore act in the next couple years.

Although not much new information is out at the moment about the new record, the band’s Twitter header has changed to confirm the announcement.

Between Hatebreed heading into the studio and his solo album, frontman Jamey Jasta is keeping himself busy with songwriting right now.

The vocalist revealed last month his upcoming solo record will feature members of bands such as Killswitch Engage, Biohazard and more.

Jasta’s last release was 2017’s The Lost Chapters, and the new record will seemingly appear on the second volume of the same name.

Featured on the record will be Jesse Leach of Killswitch Engage, Howard Jones of Light The Torch (previously KSE as well) and Billy Graziadei of Biohazard, BillyBio and Powerflo.

Charlie Bellmore and Christopher Taylor Beaudette, who have collaborated with the Hatebreed frontman’s project in the past, will appear yet again on the new music.

Hatebreed’s last album, The Concrete Confessional, came out in 2016 via Nuclear Blast.

The announcement comes just a few days after they wrapped up a tour with Dropkick Murphy’s and Clutch.

While you’re waiting for more news on the new album, check out their last record below.

Are you excited to hear a new Hatebreed album? Let us know your thoughts in the comments below.