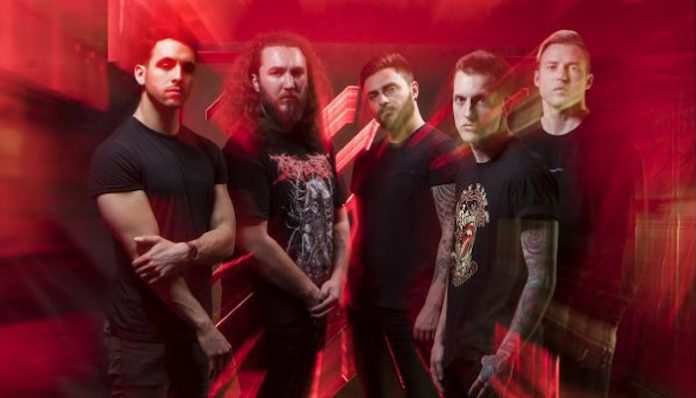 I Prevail certainly won’t have much blank space on the walls after today. They just dropped a new album in late March, but their cover of Taylor Swift’s “Blank Space” has officially gone platinum.

This is the first-ever platinum record the band has achieved. The cover was released and went completely viral in 2014. It received its Gold Certification by the RIAA in 2016.

Read More: ‘It: Chapter Two’ child cast had to be de-aged for flashback scenes

The band originally released the track at the end of 2014 and it later appeared on Punk Goes Pop Vol. 6’s re-release in 2015.

The Taylor Swift cover marks the first track from the band to receive RIAA certification. Back in 2017, I Prevail vocalist clean vocalist Brian Burkheiser addressed the mixed response to the success they have found with the track.

Read More: 11 times Taylor Swift proved her “emo phase” was more than that

“Never once said the cover didn’t help launch us into success, but so many fucking bands have had covers blow up and then fallen off,” he wrote at the time. “If we had covered 20 songs, I could understand being labeled a ‘cover band,’ but we have one cover and 20 original songs.”

“Obviously, a lot of people like our original music. Sure, plenty have found us through the cover, but if they didn’t like the music we write we wouldn’t be on an almost completely sold out headliner and have a top 5 selling rock album this year. Keep in mind, our first year of touring (when “Blank Space” was at its peak), we were drawing maybe 200 kids a show. Two years later, that number has skyrocketed. I would say thats due to our most recent album, not a cover we released almost 3 years ago.”

Jam to their cover and party like it’s 2014 again below.

A Day To Remember just announced an epic fall tour with I Prevail and Beartooth.

The Degenerates Tour will kick off next month and make several stops through October and November around North America.

Calling all degenerates! We’re trekking across the US this fall with @iprevailband and @beartoothband on the Degenerates Tour! Pre-sale starts tomorrow at 10am local. Use code DEGENERATES to get your tickets at ADTR.com before they officially go on sale Friday.

Tickets for the run go on sale Friday with presale starting tomorrow at 10 a.m. You can get those here. Check out the full list of dates below.