Jared Leto accessorizes with own severed head at Met Gala

Check out Leto’s severed head and more from the 2019 Met Gala below.

Jared Leto made quite an entrance at the 2019 Met Gala, which is currently in full swing in New York City.

The actor and Thirty Seconds To Mars frontman hit the carpet with a severed head in hand. And it wasn’t just any head as the replica looked exactly like Leto himself.

Each Meta Gala falls on the first Monday in May. It brings together art, fashion, film and music in celebration of New York’s Metropolitan Museum of Art’s exhibit.

Each year plays off a certain theme, and this year’s 71st annual event is “Camp: Notes on Fashion.” The theme is inspired by Susan Sontag’s, “Notes on Camp,” a 1964 essay widely credited with bring the notion of “camp” to the mainstream.

In terms of camp and fashion, it often plays off of something that is intentionally bad or over-exaggerates. How does one accomplish this theme in a modern era? Well, apparently with your own severed head if you’re Leto.

Jared Leto showing the other boys what camp is #METGala pic.twitter.com/EAS6xy7gJy

Leto shared some behind-the-scenes looks at his attire on his Instagram story. One of the uploads included Shawn Mendes’ reaction to the head. 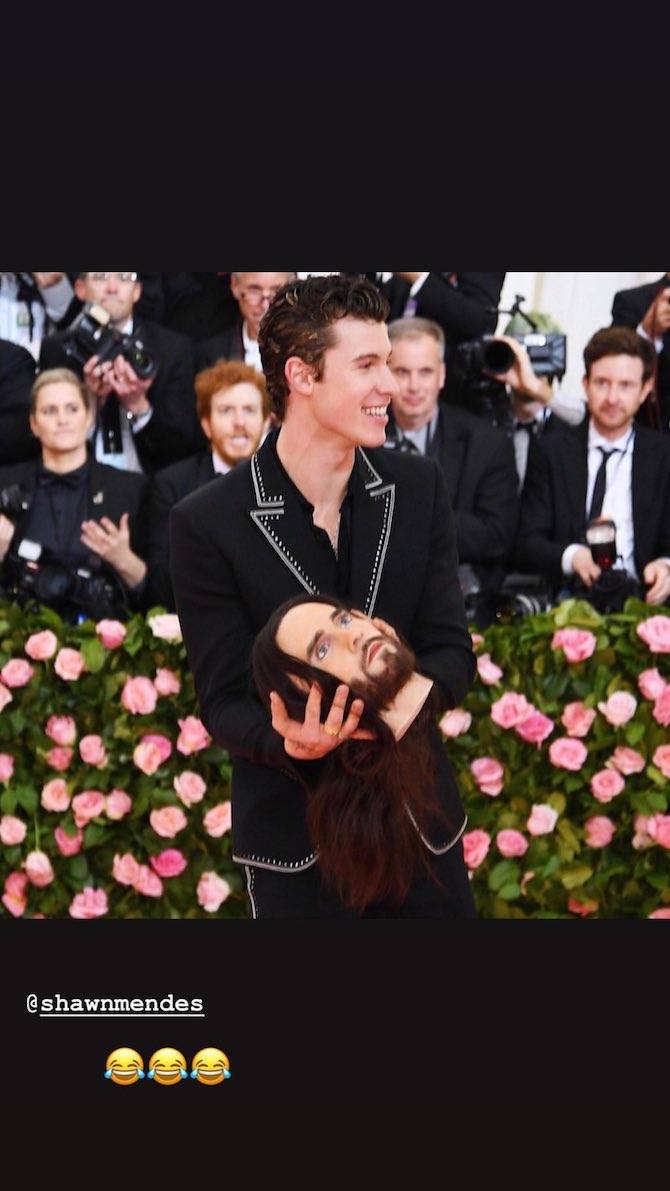 Leto wasn’t the only one pulling in the camp. Kacey Musgraves rolled in on a pink convertible with blonde hair looking like a real-life Barbie.

i love one (1) woman and her name is kacey musgraves #MetGala pic.twitter.com/LKE2BmDxRy

Meanwhile, Lady Gaga had four outfits she worked as she strutted down the carpet.

The #MetGala just started and Lady Gaga has had 4 outfit changes. pic.twitter.com/YuEcnFPb8Y

Miss Lucy Boynton did not come to play? #MetGala pic.twitter.com/Qq0gkhaEjP

these looks are phenomenal #metgala pic.twitter.com/p8iBn3ScAM

Oh my gosh, Madelaine Petsch!!! This is the dreamiest dress. #MetGala pic.twitter.com/iRd0KY0XAR

Harry Styles and Ezra Miller both pulled of fabulous looks.

Which star rocked your favorite Met Gala 2019 look? Let us know in the comments below.