Knocked Loose have announced their new, highly anticipated album A Different Shade of Blue, their sophomore full-length slated to drop Aug. 23. The band have unveiled the lead single from the album, a cathartic new jam titled “…And Still I Wander South.”

Check out the massive new single and album details below!

Recorded by producer Will Putney, Knocked Loose recorded 12 anger-filled tracks and created what vocalist Bryan Garris believes to be some of his most intensely personal lyrics to date.

Garris explains that the album’s lead single “is about wanting to move on, or better yourself for whatever reason, but you keep going back to the same old thing. Whether that be depression or whatever you may be going through. You always wander back to the same mindset.”

Check out the official music video for “…And Still I Wander South” below!

The full lyrics to the new single can be viewed below.

A Different Shade of Blue is slated to drop on TKTKTK via Pure Noise Records Aug. 23.

Knocked Loose have a massive amount of pre-order bundles to choose from, you can check those out here.

You can view the full tracklist below. 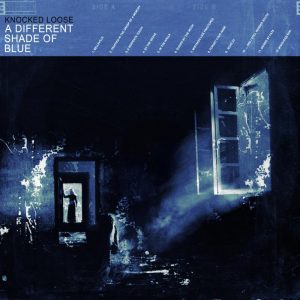 You can catch Knocked Loose on tour at the cities and dates listed below.

# with the Acacia Strain, Harm’s Way, Sanction and Higher Power

Are you excited for the next era of Knocked Loose? Sound off in the comments below!