Hollywood runs rampant with trendy vintage band tees on the regular. However, unlike the Kardashians and Slayer, some celebrities actually do like the artists they publicly endorse. Cue Kristen Stewart and her well-known love of Black Flag who is now endorsing Pinegrove with some props and ink.

The actress reached mainstream recognition as Bella Swan in the Twilight series in the mid-2000s. Going on to do more serious roles such as Joan Jett in The Runaways and less serious roles in a Hayley Williams-inspired Saturday Night Live skit, Stewart has been entrenched in alternative professionally. But as her Black Flag tattoo shows, the interest goes deeper, and it’s not the only band-inspired one she has.

Back in 2013, Stewart revealed she inked a tiny Black Flag logo sparking tabloids to write headlines about her “punk tattoo” in turn leading to op-eds and reactions over its existence.

Despite the backlash, this should come as no surprise as Stewart has continued to engross herself in alternative culture. Over the past few years the actress has picked up roles in the Rolling Stones (“Ride ’Em On Down”) and Interpol (“If You Really Love Nothing”) videos and helmed the director’s chair for CHVRCHES (“Down Side Of Me”).

Now in the midst of promotion for her starring role in the Charlie’s Angels reboot, Stewart opened up about another music-related tattoo she has for her favorite band Pinegrove. The actress has been chatting about working with the rest of the on-screen trio portrayed by Naomi Scott and Ella Balinska.

While sitting down with Fandango, the group began discussing the Ariana Grande executive-produced soundtrack for the film. Featuring a lead single from Grande, Miley Cyrus and Lana Del Rey (“Don’t Call Me Angel”), the compilation is heavy on the pop front and Stewart admits to not having heard any of it but it “sounds cool.”

Stewart goes on to say she had the cast listening to the Cure and the Specials on set. Scott reassured her on her music taste, sharing the actress got them both into Pinegrove.

“I have a Pinegrove tattoo,” Stewart offered up. “I love those guys. It’s my favorite band.” Check out the clip below.

"I have a Pinegrove tattoo. I love those guys. It's my favorite band." https://t.co/iJw1a88eHN pic.twitter.com/seReB1e7Yg

While the actress didn’t show off her ink, she has shown off her fandom in other ways over the years. She was spotted rocking a Pinegrove shirt and hanging out with frontman Evan Stephens Hall in 2018 as evidenced on the musician’s Instagram story.

why are none of you talking about kristen stewart wearing a pinegrove shirt? pic.twitter.com/iG2rtbOrzm

Pinegrove self-released Skylight in 2018 several months after revealing they had no immediate plans to release following sexual coercion claims against Hall in 2017.

In March, Pinegrove revealed their fourth studio album, Marigold, would be released this year. However, in October, the band confirmed Marigold will drop Jan. 17 via Rough Trade Records. Preorders are available here.

As for Stewart, Charlie’s Angels releases Nov. 15, and you can check out the latest trailer below. 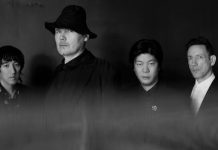 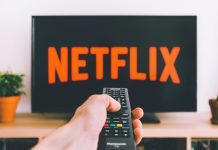 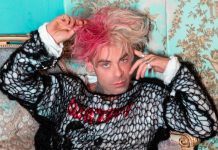