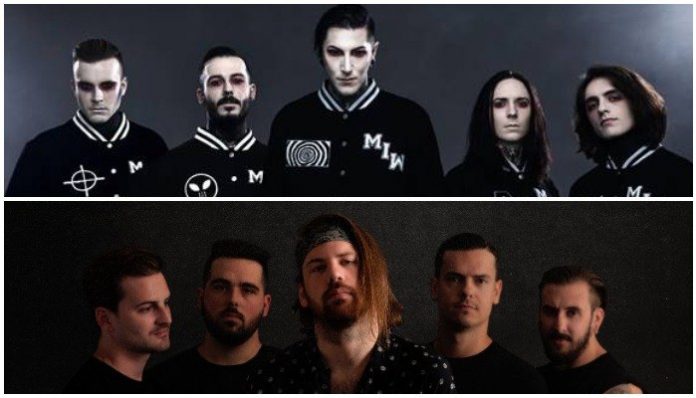 Motionless In White and Beartooth confirmed their epic co-headlining run at the end of last month. Inspired by each band’s most recent release, the Diseased & Disguised tour, is set to kick off in January.

Upon the initial announcement, the band stated support acts and additional dates were still on the way. Today, they’re making good on that promise.

Read more: Black Veil Brides to support In This Moment on 2020 tour

Motionless In White and Beartooth revealed Stick To Your Guns will be joining them on the full 2020 run. Nothing Left will hop on for the first half Jan. 4-15 while LIMBS will be joining for the second half Jan. 17-30.

We’ve added Lawrence, Philadelphia, Worcester, and Silver Spring to the #DiseasedAndDisguisedTour w/ us & @BEARTOOTHband. Let’s welcome @STYGoc + @nothinglefthc for the first half & @whoisLimbs for the second half of the run.

Both bands have been keeping busy on the road this year ahead of their co-headliner. Motionless In White have been out supporting DISGUISE, which dropped in June. They just recently wrapped up their Trick Or Treat tour, and they’ll be heading to Europe for some November and December dates. A full list of dates is available here.

As for Beartooth, the band released latest Disease last fall and recently unveiled a deluxe edition with new tracks, which is available here. They’re currently out on the Degenerates tour with A Day To Remember and I Prevail. Tickets for that are available here with a full list of dates, including those with Motionless In White below.

Beartooth with A Day To Remember: