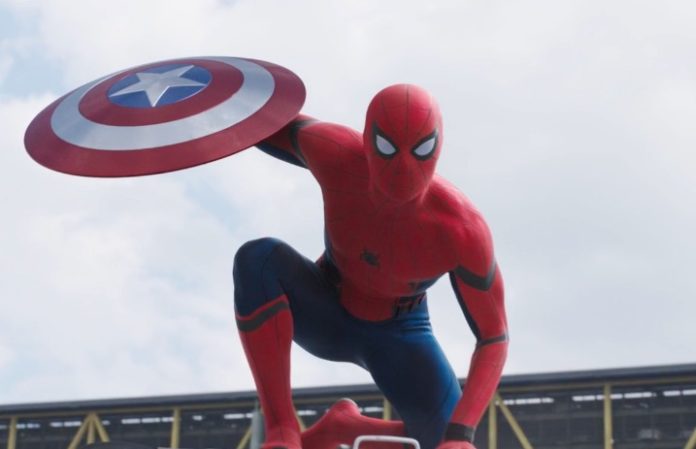 Most everyone enjoys Spider-Man, but apparently, a public art installation of the web-slinger has pissed some folks off.

A public sculpture at the Lincoln Children’s Zoo in Lincoln, Nebraska of Spidey’s signature hand gesture was mistaken for the devil horns by local Christians.

According to the Lincoln Journal Star, a local woman found the statue so offensive she contacted the city’s mayor to demand action.

In an email to Mayor Leirion Gaylor Baird, the woman deemed the sculpture anti-Christian, demonic, completely inappropriate for showcase near a family attraction and said that it constitutes a “hate crime against the church.”

“It is a sculpture of two hands open, painted Red & Black, and formed into Devil Horns,” she says.

The sculpture is supposed to evoke Spiderman slinging webs. But not everyone sees it that way.

“It is a sculpture of two hands open, painted Red & Black, and formed into Devil Horns,” a Lincoln woman wrote, calling it a “hate crime against the church.” https://t.co/G2VFQ2RCH5 pic.twitter.com/JZdoUGaSpG

The sculpture is of course not anti-Christian and is a part of a local art installation scattered across the city in the “Serving Hands Lincoln” initiative.

Numerous artists were commissioned to create sculptures which are being auctioned later this year. Ironically, proceeds from the auction will be going to Campus Life, which is a religious organization.

Thankfully, the city has no intentions of removing the sculpture despite this woman’s outrage.

In other news, Tom Holland‘s role as Spiderman for the past few years might be coming to an end.

According to contracts between Marvel and Sony Pictures, the deal with Tom Holland may be up after one more movie.

The contract was originally for six movies, with three being part of Disney-distributed Marvel Studios movies and three solo films.

The actor has completed the first part between Captain America: Civil War, Avengers: Infinity War and Avengers: Endgame. With the release of Spiderman: Far From Home, he’ll also be done two out of three solo films.

What do you think of the outrage over the Spider-Man hand statue? Let us know in the comments below.