We are so ready for this.

The Conjuring is getting a third film in the series, and the director of the film teased fans with an image on his website.

The film franchise is based on true events of investigators Ed and Lorraine Warren, the latter who died at age 92 last week.

Read more: Did Aftershock accidentally leak their lineup on their site?

Those roles will be played in the threequel again by Patrick Wilson and Vera Farmiga. Farmiga previously talked to Entertainment Weekly about how amazing the third film would be when discussing the upcoming film Annabelle Comes Home, out June 28.

“Conjuring 3 is coming, and it will be a doozy,” he said. “It will be big. So for me, visiting these characters (in Annabelle Comes Home), it’s like practicing your scales and doing a few arpeggios before having to dive deep into the next one. Because the next one is massive.”

The director, Michael Chaves, posted an image of the third film on his personal website, which you can see below. 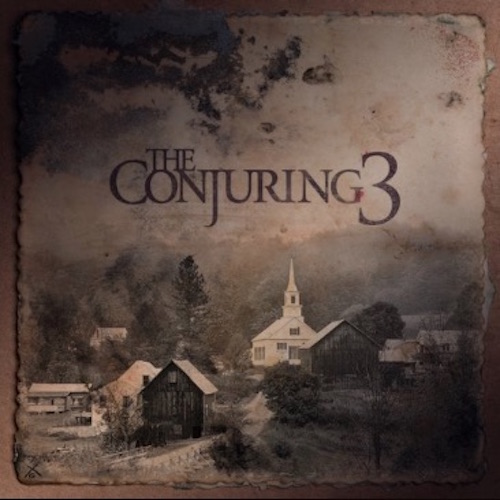 Along with the image, he shared a quote by Ed.

“Diabolical forces are formidable,” it begins. “These forces are eternal, and they exist today. The fairy tale is true. The devil exists. God exists. And for us, as people, our very destiny hinges upon which one we elect to follow.”

It already looks scary to us, but we’ll have to wait until Sept. 11, 2020 to see the film ourselves.

Chaves had another film based in the Conjuring universe, The Curse of La Llorona, which just hit theaters this past weekend.

Within the franchise, there are two other Conjuring films as well as the Annabelle series. The film also has The Nun spinoff which currently has one movie with another on the way.

As previously stated, Lorraine passed away last Friday. She was also involved in the infamous “Amityville Horror” hauntings which inspired a film and book.

The Annabelle, Perron family and “Enfield Poltergeist” cases that Warren worked on were all depicted in the Conjuring films. Warren even made a cameo in the first film.

Also, Warren and Ed ran an Occult Museum that contained artifacts from their investigations. It is the oldest and only museum of its time. It was, at one time, open to the public and allowed horror fans to get a close look at haunted objects including the Annabelle doll.

Warren’s family member made the announcement of her passing on Facebook.

“Last night my grandmother, Lorraine Warren, quietly and peacefully left us to join her beloved Ed,” the post reads. “She was happy and laughing until the very end. She was my angel and my hero, and she will be deeply missed. Please join us in celebrating her life and honoring her beautiful soul. Remember to treasure those you love while you can. Thank you and God bless you all.”

What do you think of the teaser for The Conjuring 3? Sound off in the comments below!