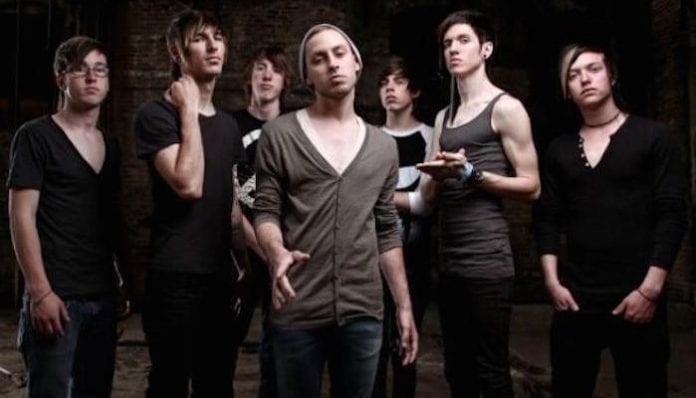 Last week, Issues’ Tyler Carter sent Woe, Is Me fans into a frenzy when he revived the old band account. However, former Issues and Woe, Is Me vocalist Michael Bohn has taken to Twitter to refute reunion rumors.

In a tweet, Bohn says that nobody could pay him to do a reunion.

“I will not be doing any sort of reunion at all,” Bohn says. “I’m not gonna get people’s hopes up and fill them with misleading info! You couldn’t pay me to do a Woe, Is Me reunion and that’s that!”

Wanna clear something up real quick.

I understand that the album “number[s]” really meant a lot to so many people. Hell, it meant a lot to me as well. I appreciate the love that people have shared from that album and I’m honored to have been a part of it. However…

I will not be doing any sort of reunion at all! I’m not gonna get people’s hopes up and fill them with mis leading info! You couldn’t pay me to do a woe is me reunion and that’s that!

However, Bohn’s response to the reunion rumors doesn’t come as much of a surprise. Back in 2016, Bohn told an APTV Correspondent that working with Woe, Is Me was allegedly “Hell the entire time.”

“Control issues,” Bohn begins, addressing what led to the group’s demise. “I won’t name any names, [but] at one point I was like, ‘If this is what music is about, I don’t want any part of it.’ There were so many rules; one person was just dictating everything. I didn’t play music for it to be like [that]. [It] was ridiculous. It was awful.”

However, in a reply to a fan, Bohn says that new material is in the works for WildHeart.

Last week, Carter got fans’ hopes up when he got shared a photo of the band’s 2010 release Number[s]. However, in the comments it was revealed that the page was simply a tribute page, despite suspicious interactions with comments asking for a reunion.

Comment if Number[s] meant something to you? What were you doing in 2010, and did it help you through that time in your life? Comment your favorite lyrics!

What do you think of Bohn’s response to a supposedly-debunked Woe, Is Me reunion? Sound off in the comments below.