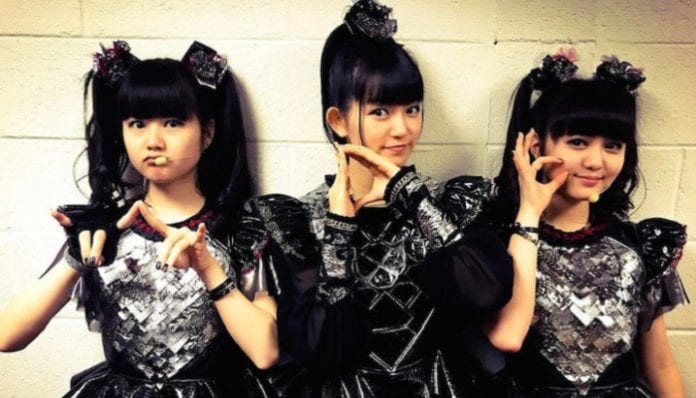 Following the surprise release of the band’s new single, “Starlight,” BABYMETAL has announced to fans that Yuimetal has decided to part ways with the group.

The news comes months after fans noticed her absence on the band’s North American tour, where management, at the time, confirmed her status as a current member of the group. During that time, Yuimetal came to the decision to leave the group.

You can read the band’s statement about Yuimetal’s departure below.

Following the release of the band’s new song, they soon posted a statement on their website regarding Yuimetal’s decision to leave the group.

The statement continued on to say that the band’s 2018 tour in Japan will “will mark the rebirth in which Su-Metal and Moametal form the core of BABYMETAL.”

Read the band’s statement below:

“Thank you for continually supporting BABYMETAL. We would like to inform you of BABYMETAL’s new beginning which will be effective starting this month’s BABYMETAL world tour 2018 in Japan performances.

Yuimetal had expressed her desire to return performing with the group in the following months after last December’s performance due health concerns. During her absence, both Su-metal and Moametal, as well as the entire staff team, had been preparing for her awaited return.

However, Yuimetal came to a decision that she will not be performing at Babymetal World Tour 2018 in Japan and that she will no longer be a part of Babymetal. We thank her for all of her contributions and wish her all the best in her future endeavors.

This month’s BABYMETAL world tour 2018 in Japan will mark the rebirth in which SU-METAL and MOAMETAL form the core of BABYMETAL. We would like to express our deepest gratitude to the fans for the continued support and look forward in what’s next for BABYMETAL. ”

In addition to the band’s lineup change, the group has also shared a surprise stream of their new song, “Starlight.” You can purchase your copy of it here.

The news of the new single comes a couple of weeks ahead of the release of their graphic novel, Apocrypha: The Legend of BABYMETAL.

As previously reported, the graphic novel explores the mythology of BABYMETAL by telling the story of the Fox God, an entity highlighted in the band’s music and performances. He takes the three protagonists on a journey in space and time, from pre-historic Kyoto to contemporary New York City, to defeat forces of darkness and division.

The standard edition of the graphic novel hits stores Oct. 30, and in the meantime, you can check out the new song below!