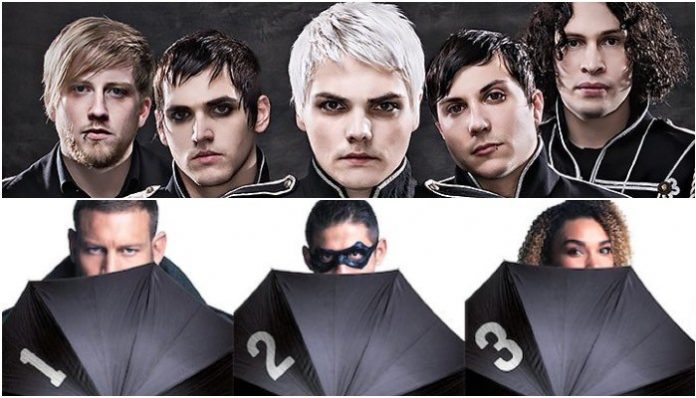 Gerard Way’s wacky world of drama and fantasy unravels through his creative endeavors in My Chemical Romance and his comic series and Netflix adaptation, The Umbrella Academy.

With The Umbrella Academy announcing it has begun production on its second season, we’re here to test your knowledge on Way’s literary style, be it from his music or his comics.

Recently, Way revealed on his Instagram that the final chapter of the Umbrella Academy: Hotel Oblivion was finally coming.

“It’s coming! The final chapter of UA Hotel Oblivion. Big reveal! #Repost @darkhorsecomics with @get_repost
・・・
I heard a rumor—that #UmbrellaAcademy: Hotel Oblivion #7 is in comic shops June 12. Make sure to let your LCS know you need a copy!”

In other UA news, Aidan Gallagher, who plays Number Five in the series, recently posted an update to social media confirming that the highly-anticipated second season was well underway.

Netflix also took to social media with a short clip previously revealing that season 2 was indeed on its way, with Way co-signing the clip and adding “So psyched” to the announcement.

In addition, we learned last month that the series based on the My Chemical Romance frontman and illustrator Gabriel Bá’s series racked up about 45 million viewers in the first four weeks it was available on the platform.

Outside of the show, Gallagher has been pretty busy with his music career. He just released his single “Time” with an MCR-inspired video.

“I wrote ‘TIME’ while I was filming season 1 of The Umbrella Academy in Toronto,” he says. “Because of the show, I spent a lot of thinking about the concept of time. The song really does speak to The Umbrella Academy plot but also about being young and looking into the future.”

How did you do on the quiz? Let us know in the comments below!