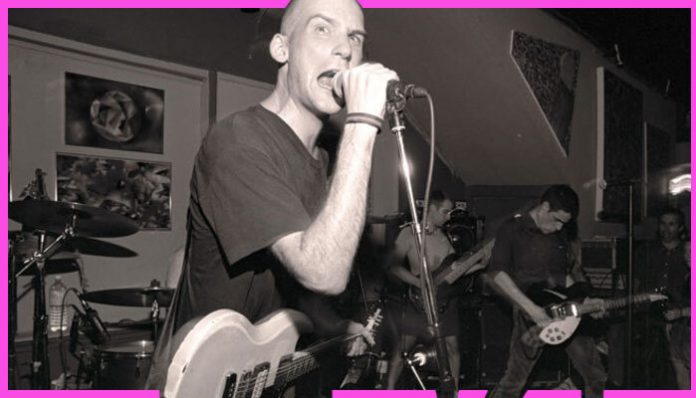 Welcome to Alternative Press’ 15 best punk albums of 1989. It’s easy to look at the final year of the decade and see it as transitional. But there are portents of the future all over this list. Yet, truth be told, haven’t we seen that with all these lists?

As we’ve worked on this series, hindsight’s enabled us to see that punk rock has been a fluid musical spirit since those initial mid-’70s anarchy bursts. Even as factions attempted to tightly and strictly define it, punk mutated constantly. It absorbed different influences and adapted to the times and the needs of its ever-shifting, continuously growing audience. As long as the core values are discernable—high energy, anger, defiance, an independent spirit, using what limited resources you have at hand? Well, you have punk or some variant thereof.

1989 revealed a handful of first-generation punk artists such as the Ramones and the Mekons making strong LPs that seemingly came to terms with the modern world. We also see the rise of the generation that took punk straight into the mainstream in Operation Ivy and the Groovie Ghoulies.

Veterans such as NoMeansNo and outfits featuring new configurations of veterans (a la Fugazi’s mashup of pieces of Minor Threat and Rites Of Spring) twisted the old punk spirit and noises into interesting new shapes. The garage-punk underbelly continued to build a foundation for a future invasion in the form of killer work from Dead Moon and Thee Mighty Caesars, as well as the debut of future colossi the Gories. But the most intriguing signpost of the ’90s to come? Grunge’s arrival: Nirvana and Mudhoney both released their debuts in 1989.

This is where a metric ton of the ’90s begins. For one thing, Energy is the album that put both Lookout! Records and Gilman Street on the map. For another, this record introduced singer/guitarist Tim Armstrong and bassist Matt Freeman to the world two years before Rancid’s formation. Additionally, every third-wave ska band from No Doubt to Goldfinger had to have bought this record for skankathons such as “Sound System” and “Take Warning.” But the post-hardcore punk bruisers (opening anthem “Knowledge,” “The Crowd”) are potent and immediate, as definitive as any early Clash, Sex Pistols or Ramones tune.

These Los Angeles bruisers went from strength to strength since returning to punk with 1988’s Suffer. Songwriting began on that album’s promotional tour. Tracking began on a break from those road dates at Westbeach Recorders, where the band made many of their records. Its material stayed firmly in the mold of tuneful early hardcore, with Greg Graffin’s huge vocabulary excoriating American politics. “There’s a place where everyone can be right/Even though you remain determined to be opposed,” he snarled on “You.” No Control became Bad Religion’s biggest seller at the time—and one of 1989’s best punk albums.

It’d been several years since prime harDCore outfit Minor Threat had bowed out of the scene, as well as proto-emo group Rites Of Spring. Ian MacKaye took up a Gibson SG and Marshall half stack and began formulating a “Stooges-meets-reggae” band with the latter’s Guy Picciotto and Brendan Canty. Rounded out by bassist Joe Lally, Fugazi issued two EPs in summer 1988 and 1989, Fugazi and Margin Walker. Combined into 1989’s 13 Songs, it ignited the minute “Waiting Room” bounced outta stereos like an entire room of pogo-ing punters. Infectious, hard and rhythmic, filled with interesting guitar interplay, post-hardcore begins here.

The band who arguably defined punk the most continued to struggle with their label’s, and their own, desire for commercial relevance. Apparently, the huge influence they cast over punk, and rock, counted less than legal tender. Hence, Sire paired the Ramones with another dubious producer choice—avant-jazz titan Bill Laswell. He produced them like a modern hard-rock band, which wasn’t wrong-headed. Brain Drain roared with some killer tunes, such as opening stomper “I Believe In Miracles” and the delightful theme song to recent Stephen King film Pet Sematary. The latter was penned by Dee Dee, who quit after recording ended.

The world’s hardest/loudest math-rock band, NoMeansNo, were formed by brothers John (drums) and Rob (bass, vocals) Wright in 1979. The Victoria, British Columbia duo were informed as much by jazz and prog as D.O.A. They added guitarist Andy Kerr the year after their 1982 debut album, Mama. Their tight, neck-snapping time signature shifts and dextrous musicianship enabled them to resemble a louder Minutemen. With roaring stompers such as “The Tower” and “Brainless Wonder,” NoMeansNo created a paradigm not fully explored until the earliest years of the next century. Certainly bands such as the Locust wore Wrong out.

Something was happening in the Pacific Northwest. Several bands streamed into the world, mostly from Seattle, almost all on this previously cassette-only label called Sub Pop. They all seemingly owned flannel shirts, fuzzboxes and Black Sabbath and Stooges records. On first blush, this band formerly called Fecal Matter pounded out rockin’ sludge such as “Blew” and “Floyd The Barber.” Then “About A Girl” jangles into Bleach’s third slot. And it’s as if someone discovered an unheard Beatles demo. Kurt Cobain screamed in pitch before the fuzzbox kicks in midway through. It was a short trip to smelling like teen spirit.

Before singer Dave Smalley’s exit, the new version of Descendents issued the Allroy For Prez… EP. Containing eight of their best crunch-pop confections, you couldn’t lose with tuneful ramalama such as “Skin Deep” and “Wrong Again.” Now Scott Reynolds was behind the mic, and mascot Allroy was about to attack music itself on the cover. Opener “Gnutheme” galloped along instrumentally, shifting time signatures like running through a gear box. Parts of “Fool” resemble reggae, but the rest roars into ALL’s classic pop sound. “Scary Sad” sweetly chronicles a mentally ill girlfriend. Allroy’s Revenge displayed a raucous maturity that felt just right.

Led by Radio Birdman singer Rob Younger, the New Christs barnstormed Australia in varying forms since 1980. They’d issued several singles and EPs filled with a potent mix of ’60s garage snot and Blue Öyster Cult-style intelligent hard rock. Distemper was their full-length debut. Fading in on some avant guitar screech from Charlie Owen, “No Way On Earth” explodes on an R&B groove doused in Younger’s Jagger-esque snarl. “There’s No Time” flashed waltz-time raw pop, while “Another Sin” contained echoes of Younger’s Birdman days. And this is merely the first three tracks of one of 1989’s best punk albums.

Named for Russ Meyer’s 1965 film, Seattle’s Mudhoney embodied grunge’s grimy ethos better than anyone. These splinters of Green River (singer/guitarist Mark Arm and guitarist Steve Turner), Bundle Of Hiss (drummer Dan Peters) and Melvins (bassist Matt Lukin) dripped with the rage and ennui of the late ’80s. Debut single “Touch Me I’m Sick” channeled the Stooges harder than any other band of the day, with its hyper-fuzzed Yardbirds riff and Arm’s Iggy-esque drawl. Now came the self-titled 12-track debut full-length, a year on from landmark EP Superfuzz Bigmuff. Ravers such as “You Got It” and “Here Comes Sickness” kill.

Formed in Leeds, U.K., these loose first-wavers were all over the stylistic map. They’d gone from 1977’s inept Clash parody “Never Been In A Riot” to noisy post-punk to anarchic country and Western for most of the ’80s. Now they wanted to rock. But “rock ’n’ roll” should’ve been in quotes—this music was as much a critique of rock ’n’ roll as it was the form itself. Across strong tunes such as “Memphis Egypt” and “Only Darkness Has The Power,” Jon Langford and Tom Greenhalgh twisted their guitars into noisy Silly Putty. Meanwhile, Sally Timms’ vocals provided a gentle counterpoint.

Detroit neo-mods Mick Collins, Dan Kroha and Peggy O’Neill answered the garage-punk clarion call. Using the Cramps’ early bass-less garage-a-billy and switchblade garage comps Back From The Grave as fuel, they formed the Gories in 1986. Only Collins had any musical experience, so House Rockin’ was a perfect example of on-the-job training. O’Neill pounded a rudimentary beat on a broken-down drum kit, as Collins and Kroha slashed at cheap ’60s Japanese guitars. This yielded crude takes of Gories originals such as “Feral,” plus subterranean covers (John Lee Hooker’s “Boogie Chillen.”) Elsewhere in Detroit, Jack White was taking notes.

Named after an obscure ’70s horror cartoon series, the original incarnation of these pop-punk perennials was trashier, garage-ier and glam-tastic. Leader Jeff “Kepi” Alexander, then playing guitar besides singing, clearly lived in a world informed by the New York Dolls, Redd Kross, the Cramps and Ramones. Material such as “The Blob” and “Blood Beach” indicated a love of tacky B-horror films, too. Good sleazy fun with a melodic snarl, especially when taking the Rolling Stones’ psychedelic also-ran “2000 Man” at a Ramonic clip. The Groovie Ghoulies’ glam elements gradually wore away until they became one of the cornerstones of ’90s pop punk.

Portland’s mom-and-pop garage trio continued refining and intensifying their sinister sound with their second full-length. Opening with what became a signature tune, “Dead Moon Night,” the band throbbed with a barely controlled aggression. Leader Fred Cole howled a graveyard blues like a Northwestern Roky Erickson, stabbing his guitar strings with ice-pick aggression. Bass-popping wife Toody and young drummer Andrew Loomis kept the tune in a pressure drop. It was nearly five minutes of unrelenting tension. And this is just the first song. The other nine songs whip up a similar mood of fiercely rocking dread. It’s truly one of 1989’s best punk albums.