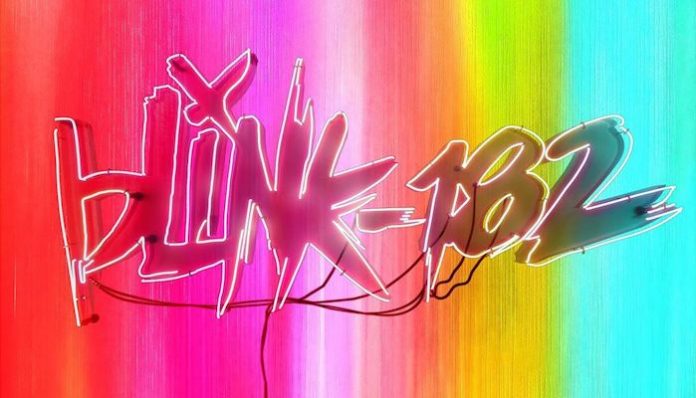 In 2011, blink-182 bassist-turned-superdad Mark Hoppus joined a panel of punk pillars in the cast of The Other F Word. The documentary showcased the lives of rock stars who assumed the exact position they railed against: fathers. blink’s highly anticipated ninth release, NINE, carries the same energy of a slightly younger Hoppus describing family life.

Any fan, even surface level, could tell you this is far from the same band who soared up music charts and were instrumental in bringing the entire genre of pop punk into the mainstream, but the trio have done their due diligence. In turn, it seems they made a pop-punk record for the next generation.

Read more: Fall Out Boy influenced Taylor Swift lyrically “more than anyone else”

blink could have bought into nostalgia for NINE, and perhaps it would have pleased their old-school fanbase. But today’s music scene is anything but predictable. At times, survival requires adaptation, and the synth-heavy, alt-pop-inspired record is proof the band comply with that school of thought. Just catch the first few seconds of tracks such as “Ransom” and lead single “Blame It On My Youth,” with its echoing intros fit for radio play.

The backing beats to a handful of songs, such as the final track “Remember To Forget Me,” could easily be spotted in one of Travis Barker’s numerous rap collabs. This isn’t a knock by any means, but if you were looking for the raw punk sound many hoped for, you’ll have to wade through the pulses of pop and hip-hop infused in NINE.

If 2016’s California is pop-punk greatness all grown up, NINE is a reflection on the days that made them famous. The angsty whirlwind of problems faced throughout the 20-something years are gone. But the seething words thrown at an unknown antagonist show that some wounds never fully heal.

Admittedly, Alkaline Trio transplant Matt Skiba is substantially responsible for the heart-wrenching sounds. He hits the same high notes as his first run with blink. However, Skiba somehow turns his energy toward a higher, more intimate level. We all know these topics are likely not evident in their current lives. Instead, they’re pulled from their internal hard drives during their time in the spotlight. “On Some Emo Shit” is enough proof of the throwback-thinking through its title alone.

You’ll find blink-182 being pulled in these differing directions throughout the winding 15-song experience. Most tracks are introduced in the style we’ve come to expect, a spoken-word introduction riding on a catchy chord progression. Where these songs used to fling into an upbeat onslaught of power strums and sing-along choruses, fans are now welcomed with the modern aspects that the band have embraced.

Call it crazy, but even with the absence of spaced-out creative Tom DeLonge, NINE falls a lot closer to Neighborhoods than many of their past efforts. Hoppus’ +44 roots are clearly shining, but the non-instrumented forces backed by short yet complex Barker beats instill a space-age feel that leaves you wondering what a reunion would have sounded like. Ultimately, though, blink seem poised for another run at best rock album and alternative radio love.

NINE dropped Sept 20 via Viking Wizard Eyes/Columbia. You can check it out here.