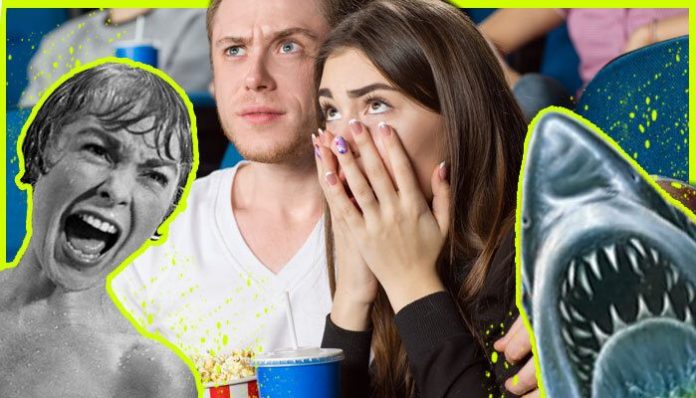 Whether horror haters just don’t get the thrill of a good scare or they’ve bought into the longstanding attitude that the genre is junk exploitation for the maladjusted, they’re missing out on some of the most allegorical, insightful films in history.

Horror fans, take heart, here’s your chance to bring a hater into the horde. Or, if you have an aversion to fright films, consider this your opportunity to see what you’ve been missing. Here are 10 horror movies for people who hate horror movies.

Read more: Which ‘Supernatural’ character are you based on your music taste?

Based on Shirley Jackson’s 1959 novel The Haunting Of Hill House, The Haunting is arguably the best haunted house film ever made. An exercise in subtlety and restrained shocks, the 1963 flick directed by Robert Wise, best known for the film version of the classic musical West Side Story, is a superb blend of both psychological and supernatural horror. Horror fans and cinephiles alike will enjoy The Haunting for its expert direction, atmosphere and deliberate pace. Avoid Jan de Bont’s effects-laden 1999 remake though, trust us.

A dinner party goes from merely uncomfortable to downright deadly in Karyn Kusama’s 2015 thriller The Invitation. Logan Marshall-Green stars as Will, a man still grieving the accidental death of his child. He’s invited to a gathering of old friends hosted by his ex-wife Eden (Tammy Blanchard). With his new girlfriend, Kira (Emayatzy Corinealdi), in tow, Will slowly discovers the truth behind Eden’s motives and strange behavior. With a hammer blow of an ending, The Invitation weaves elements of horror, mystery and drama into a complex tapestry of narrative and characterization.

Phantom Of The Paradise

Two years before his blockbuster adaptation of Stephen King’s Carrie, filmmaker Brian De Palma partnered with songwriter Paul Williams to create one of the greatest cult films of all time. Starring William Finley as vengeful composer Winslow Leach, the movie’s eponymous phantom, and Jessica Harper, who would later star in Dario Argento’s Suspiria, Phantom Of The Paradise is a frenetic melding of The Phantom Of The Opera and Faust set to a rock “n” roll beat. Williams, who co-stars as the diabolical music producer Swan, steals the show with both his unhinged performance and brilliant score. Often compared to The Rocky Horror Picture Show, Phantom is a hilarious and surprisingly touching love letter to classic horror.

Read more: Here are 20 horror remakes and sequels that live up to the original

A comet’s passing is a harbinger of high strangeness for a group of friends in the sci-fi thriller Coherence. Directed by James Ward Byrkit, Coherence is a prime example of the “less is more” filmmaking ethos. Shot on a shoestring budget, Coherence avoids typical genre cliches and unconvincing special effects. Instead, it delivers a tightly plotted story of human characters trapped in inexplicable circumstances. A film that begs for multiple viewings, Coherence will have you doubting everything you think you know about reality. It’s a real mind-bender.

An old-school supernatural drama in the vein of The Haunting and The Changeling, The Awakening stars Rebecca Hall as author Florence Cathcart. A hardened skeptic, she’s dedicated to exposing paranormal hoaxes in the occult-obsessed 1920s. Cathcart’s beliefs and sanity are put to the test when she’s summoned to an English boarding school. There, she must investigate an alleged haunting that may have led to a student’s death. Stylish and sedate, The Awakening’s period setting and dense, foreboding atmosphere make the film a stylish callback to the refined ghost stories of M.R. James and Algernon Blackwood.

The Killing Of A Sacred Deer

In under a decade, A24 Films established itself as the leading producers and distributors of smart, fiercely original genre picture. One of its most challenging offerings is Yorgos Lanthimos’ 2017 psychological horror production The Killing Of A Sacred Deer. The film stars Colin Farrell as Steven Murphy, a gifted surgeon and recovering alcoholic. He befriends Martin (Barry Keoghan), the mentally disturbed son of a patient who died on his operating table. However, Martin’s awkward overtures to friendship hide darker motives with devastating consequences for Murphy and his family. Devoid of easy scares and gratuitous gore, The Killing Of A Sacred Deer is Greek tragedy disguised as horror.

If you think Japanese horror films from the 1950s begin and end with Godzilla, you’re dead wrong. Tôkaidô Yotsuya kaidan (Ghost Story Of Yotsuya), directed by Nobuo Nakagawa, is based on the story of vengeful ghost Oiwa. It’s one of the most popular and frequently adapted ghost legends of Japanese folklore. A tale of murder, betrayal, and revenge from beyond the grave, Tôkaidô Yotsuya kaidan is a refreshing diversion from the Western-style gothic horror of the era and a must-watch for fans of Japanese cinema.

Alfred Hitchcock, cinema’s celebrated master of suspense, gets down and dirty with the genre-defining classic Psycho. Based on Robert Bloch’s 1959 novel, which was loosely based on real-life murderer Ed Gein, Psycho stars Anthony Perkins as Norman Bates. A mild-mannered owner of an out-of-the-way motel, he, under the thumb of his domineering mother, harbors a sinister secret. A break from the big-budget spectacle of Hitchcock’s other works, Psycho is a claustrophobic exercise in terror that remains unrivaled. You may know the story, but unless you’ve seen it, you haven’t experienced Psycho.

The Silence Of The Lambs

To date, The Silence Of The Lambs is the only horror film to ever win the Academy Award for Best Picture. The nearly flawless thriller is well deserving of every accolade lavished on it. Directed by Jonathan Demme and based on Thomas Harris’ 1988 best-seller, Jodie Foster stars as rookie FBI agent Clarice Starling. She seeks the help of the notorious murderer and cannibal Hannibal Lecter (Anthony Hopkins) to track down a sadistic serial killer known as Buffalo Bill (Ted Levine). Featuring Foster and Hopkins in career-defining roles, the portrayal of the relationship between Lecter and Starling is one of the most complex and compelling connections ever committed to film. To put it simply, Hopkins’ performance is a triumph.

Jaws, based on Peter Benchley’s 1974 novel about a resort town plagued by a series of deadly shark attacks, scared a generation of moviegoers out of the water and cemented director Steven Spielberg’s reputation as a master filmmaker. The first-ever summer blockbuster, Jaws, for better or worse, was one of the pictures (along with 1977’s Star Wars: A New Hope) that changed the direction of Hollywood movies in the “70s from grim adult dramas to old-fashioned escapism. Essentially a big-budget studio version of the kinds of drive-in films that indie schlockmeister Roger Corman was cranking out 10 years earlier, Spielberg’s Jaws combines elements of suspense, horror and action with wit and heart. Brilliantly keeping the film’s notoriously malfunctioning shark offscreen for much of the film, Spielberg instead focuses on the chemistry of his perfectly cast trio of stars (Roy Scheider, Richard Dreyfuss, and Robert Shaw), making the moments of terror all the more devastating.