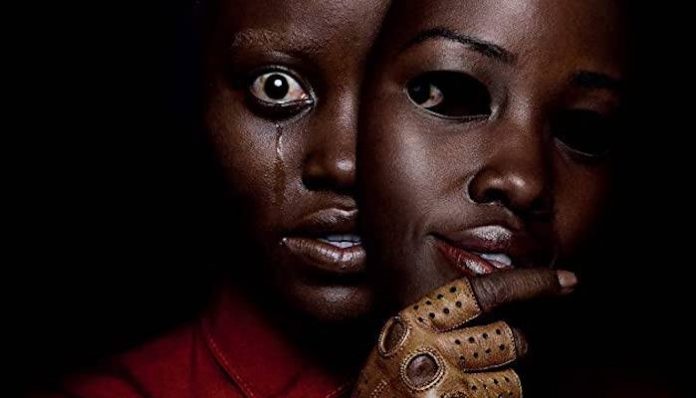 Fans know Jordan Peele as a seasoned comedian and one half of the Comedy Central duo Key & Peele. He’s played funny characters such as “Meegan” and does a very convincing Barack Obama impression.

However, in recent years, movie fanatics know Peele as an Academy Award-winning writer and well-respected director and producer. Peele surprised viewers with his acclaimed horror films Get Out and Us. We couldn’t be more excited about how he’s shaped horror as we know it, and we can’t help but think he will go down in history for changing the game.

Read more: AMC anticipates almost all of its theaters to be open by July

Revisit some of the incredible things Peele has done for the genre while we anxiously await the arrival of his next project, Candyman.

His ability to put an entirely new spin on pop culture

Peele’s starting to get a reputation from Twitter users for taking popular songs and implementing them into movies to make them creepier than ever thought possible. Working alongside composer Michael Abels, Peele managed to make Luniz’s “I Got 5 On It” an unsettling theme for his 2019 release, Us. In the movie, he also played upbeat songs such as the Beach Boys’ “Good Vibrations” over violent scenes, creating a disturbing juxtaposition for viewers. Peele also wrote and produced the highly anticipated film Candyman featuring a twisted version of Destiny’s Child’s “Say My Name” in the trailer. That’s right: Peele made Beyoncé creepy.

He helped bring back The Twilight Zone

Peele brought back Rod Serling’s timeless sci-fi horror drama show The Twilight Zone to CBS All Access in 2019. On the show, he serves as a creator, writer, executive producer and host. While the show has mixed reviews, one cannot deny the fact that he brought on cast members who would give the show a fresh take. Comedians Ike Barinholtz, Seth Rogen, Kumail Nanjiani and Adam Scott all partook in one or various episodes in the first season, showcasing their range of skills outside of funny films and TV shows. Additionally, a new season is in the making for CBS and will be released sometime in 2020. Comedians Gillian Jacobs, Joel McHale and Tony Hale will be involved in season 2, as well.

He combined horror with laugh-out-loud jokes

Peele is known for his comedy chops on Comedy Central’s Key & Peele and his comedy film Keanu. When he stepped into the world of horror, he didn’t completely ditch his roots. He provided comic relief in Get Out with goofy TSA agent Rod Williams, played by fellow comedian Lil Rel Howery. In Us, Winston Duke plays the lovable father and husband Gabe Wilson, who generates laughs in the film’s tensest moments. This is a genius move on Peele’s part because it allows viewers to experience a roller coaster of emotion, ultimately making the horror experience even more intense. Plus, his humor is impeccable, and it would be a shame not to write in at least one funny line into the script.

He brings forth real issues regarding race and politics

Key & Peele had several tongue-in-cheek sketches about race that were both hilarious and insightful, commenting on the black experience in America. Peele also brought these conversation starters into his movies. Many audience members pondered the messages in Get Out and Us, exploring American culture and politics and taking to social media to share their thoughts. In his 2018 CBS Sunday Morning interview, he explores just how moving it was to see Get Out shift art as we know it.

He made horror history

“I want to dedicate this to all the people who raised my voice and let me make this movie,” Peele said as he accepted his Oscar for Best Original Screenplay. He’s the first African American to win this award for his movie Get Out. We hope that Peele wins more in the future for his writing and producing as well as inspiring young people from diverse backgrounds to pursue entertainment. We need more voices like his in the film industry. Though the ratings have changed, both Us and Get Out had rare 100% ratings on Rotten Tomatoes in the early part of their time in theaters, which is quite impressive.

Read more: ‘Candyman’ trailer debut will have you looking over your shoulder

Peele founded his company Monkeypaw Productions in 2012. Over the years, the organization has helped produce works such as Key & Peele and Keanu as well as Peele’s famous horror films Get Out and Us. (Monkeypaw also worked with Blumhouse Productions to make his horror film dreams come true.) Additionally, Monkeypaw helped produce Spike Lee’s BlacKkKlansman and Peele’s Candyman. Peele’s currently working with J.J. Abrams, Misha Green and Ben Stephenson on Lovecraft Country, a horror-drama TV show based on a novel of the same, for HBO. Releasing in August, audiences have high hopes for the show co-produced by Peele’s Monkeypaw Productions and Abrams’ Bad Robot Productions.

He plants more Easter eggs than we can count

For fans of Peele’s work, they know that everything he does is precise and done with meaning. He loves to nod to classic horror movies and pop culture icons. In Us, Peele specifically had a little girl don a Michael Jackson shirt with his famous “Thriller” look. His red jacket and single glove parallel the single glove and red jumpsuits worn by “the tethered” who live underground. You can check out more Easter eggs from Us here and hear Peele discuss his intended metaphors in Get Out in the interview above. If you need even more theories, Reddit is full of Peele conspiracy theories. Go back and watch the films on your own, too, to see what this scriptwriter put in the background.

Few horror movies cast black actors, and those who are cast often don’t make it through the whole film. Peele wrote scripts for African American actors to thrive and tell stories in ways like never before. “The way I look at it, I get to cast black people in my movies,” he said in a Hollywood Reporter piece. “I feel fortunate to be in this position where I can say to Universal, ‘I want to make a $20 million horror movie with a black family.’ And they say yes.” Representation is so important, and we’re excited to see Peele use his power to lift voices.

Peele’s movies use silence and facial expressions to induce anxiety in his viewers. Though there are moments of violence and bloodshed across his films, he doesn’t rely on it. (We’re looking at you, Saw and Hostel franchises.) In this scene, actor Daniel Kaluuya, who plays Chris, does kill other characters. However, this is by far one of the least creepy parts of the scene. Silence is deadly, especially in a Peele film.

He has movies so great, they can stand alone

Many horror movies leave their endings wide open just in case they get a deal for a sequel or a franchise. In both of his horror films, Peele creates true endings that leave the audience asking questions. The main question, however, is never “What happens next?” According to Jason Blum of Blumhouse Productions, Peele “has no intention” of making a sequel to Get Out. These movies stand alone well, and we’re so excited to see more original scripts from Peele in the future.