It’s safe to say that at any given moment, we’re most likely wearing one of our favorite band shirts, a pair of black skinny jeans and some Vans—it’s essentially the official uniform of scene kids everywhere. While we love our collection that we’ve compiled from thrift stores and concert merch tables, some of the coolest items are the really old-school stuff.

Vintage band T-shirts are more than just something you throw on to go to work—they’re a collector’s item. Bands such as Nirvana, Slipknot and more have some amazing throwback tees that you can still find for sale online, usually for a steep price. Check out 10 vintage band T-shirts that we’d love to have in our collection below.

Read more: Here are 20 bands from the ’90s you probably forgot about 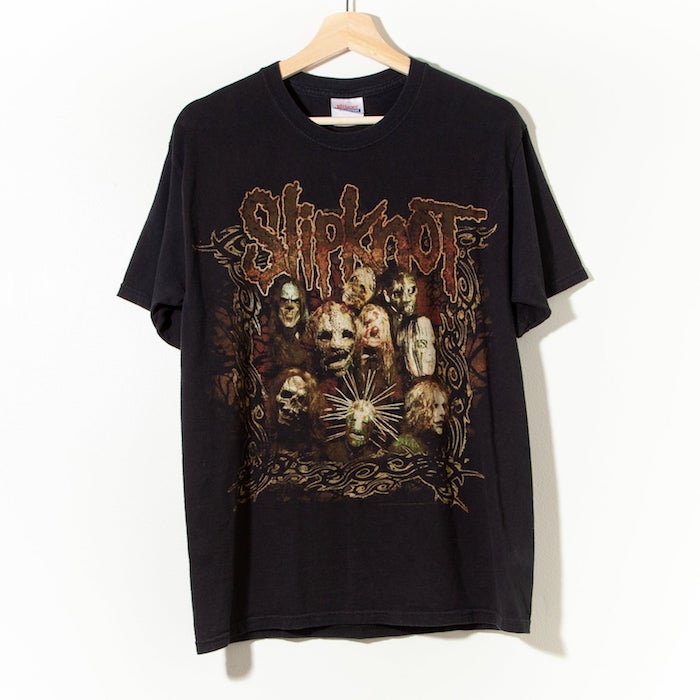 This Slipknot T-shirt, which appears to be from around 2001 during the band’s Iowa era, is definitely a unique find. It already looks comfy enough to wear, and there’s only one available in a size medium. The best part about the top is that it shows all of the band members in their throwback masks, so it’s truly an authentic piece of art. 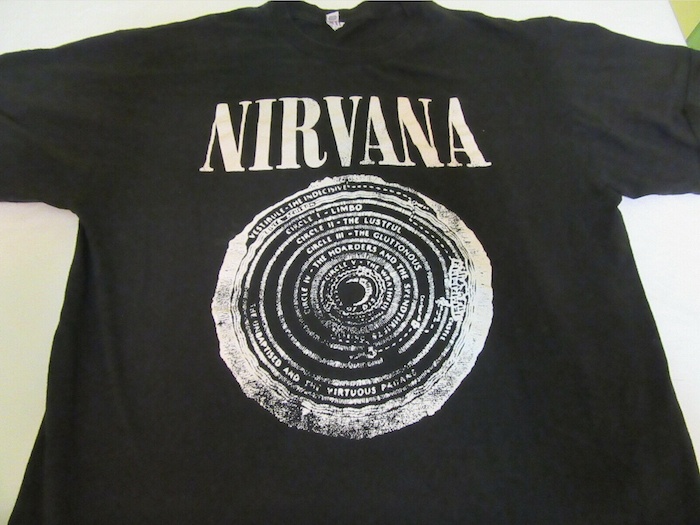 The bidding for this Bleach-era Nirvana Vestibule tee starts at $115, and for good reason. This amazing find is truly authentic and stands out from a Nirvana shirt you pick up at any other store. The front is a play on the circles of hell from Dante’s Inferno, while the back reads “Fudge packin, Crack smokin, Satan worshippin motherfuckers,” as if you didn’t already want to place a bid on it. The band also has limited quantities on their site for $24.99. 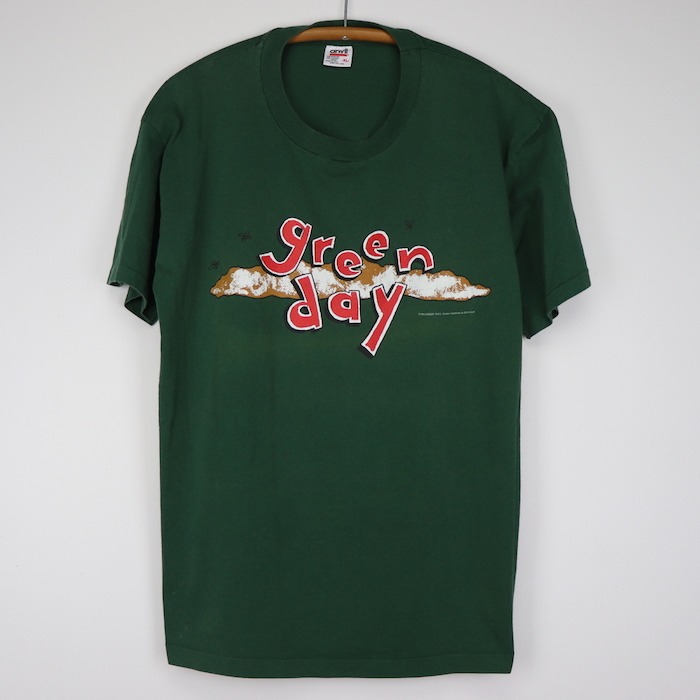 This authentic Green Day T-shirt is from 1994 when Dookie was all we were ever listening to. The shirt has a price point well over $100, but that’s the cost of an original piece of merch from one of the most iconic punk bands.

This Misfits shirt with their iconic skull logo – $60 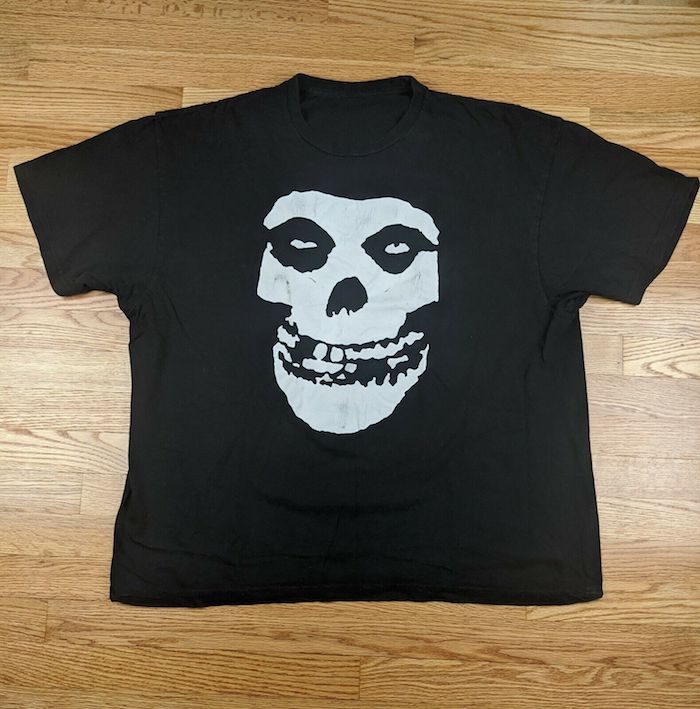 A top straight from the ’90s, this Misfits tee is the real deal. It’s fairly simple as the front only has the band’s iconic logo, while the back reads their name in the signature font. It’s a classic top that you’ll want to wear with everything, and it’s even more special because it’s authentic. 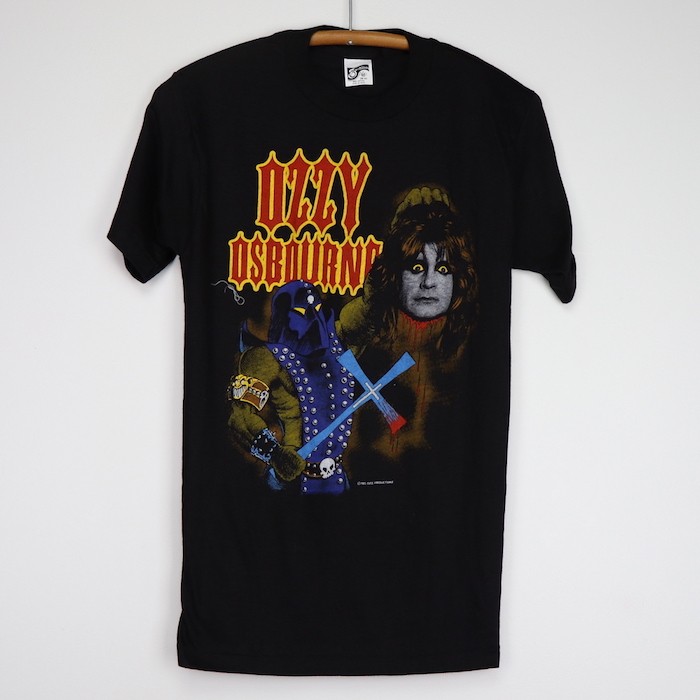 This Ozzy Osbourne shirt from his Diary Of A Madman era might be out of your price range, but you’ll still want to buy it anyway. It’s a genuine piece of merch in good condition, which explains the $300 price tag. The artistic details are absolutely incredible, and it would make you look like you came straight from the ’80s if you wore it in your day-to-day life. 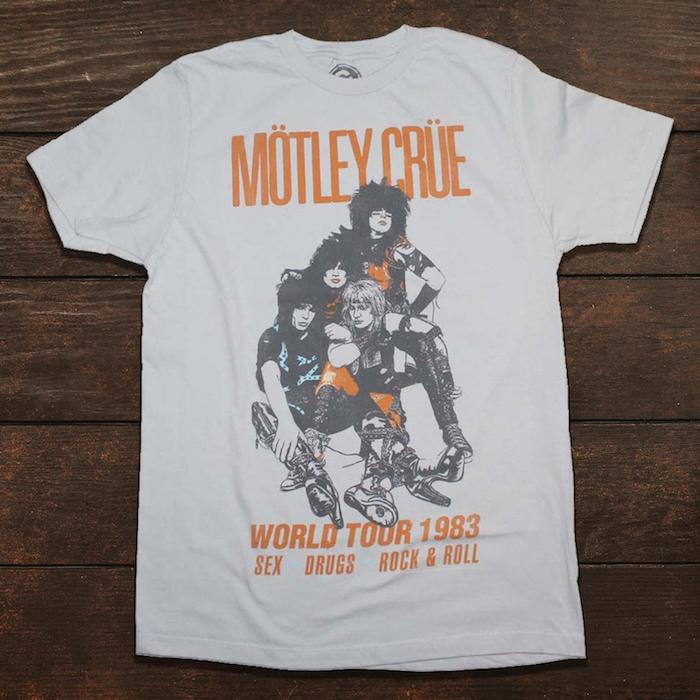 This Mötley Crüe shirt is awesome for its orange details and a full portrait of the band that’s featured on the front. It also features the saying “Sex, Drugs, Rock & Roll,” which means you’ll definitely look like a badass with it on. 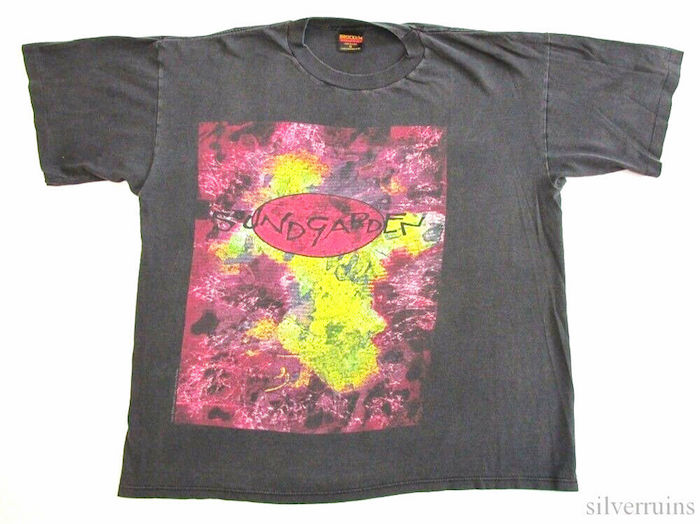 For a little over $200, you can sport this authentic Soundgarden tour shirt from 1994 that’s full of color and ’90s vibes. The fonts on the tee and overall design make it a total throwback, and you will definitely look like a true grunge expert every time you put it on.

A throwback Marilyn Manson shirt that might give you nightmares – $300 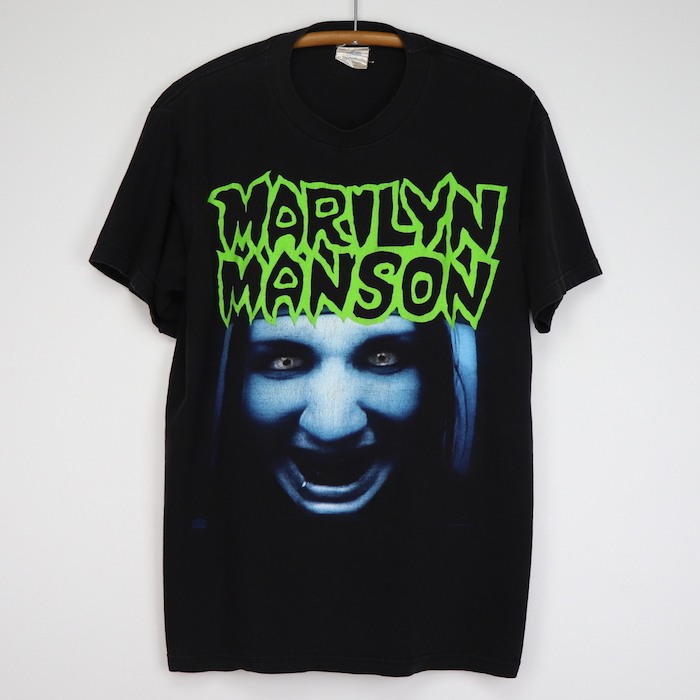 This is another top with a $300 price tag, but it’s understandably so. It’s an authentic Marilyn Manson shirt from 1994 that features a creepy photo of the frontman doing what he does—freaking us out while performing amazing songs. 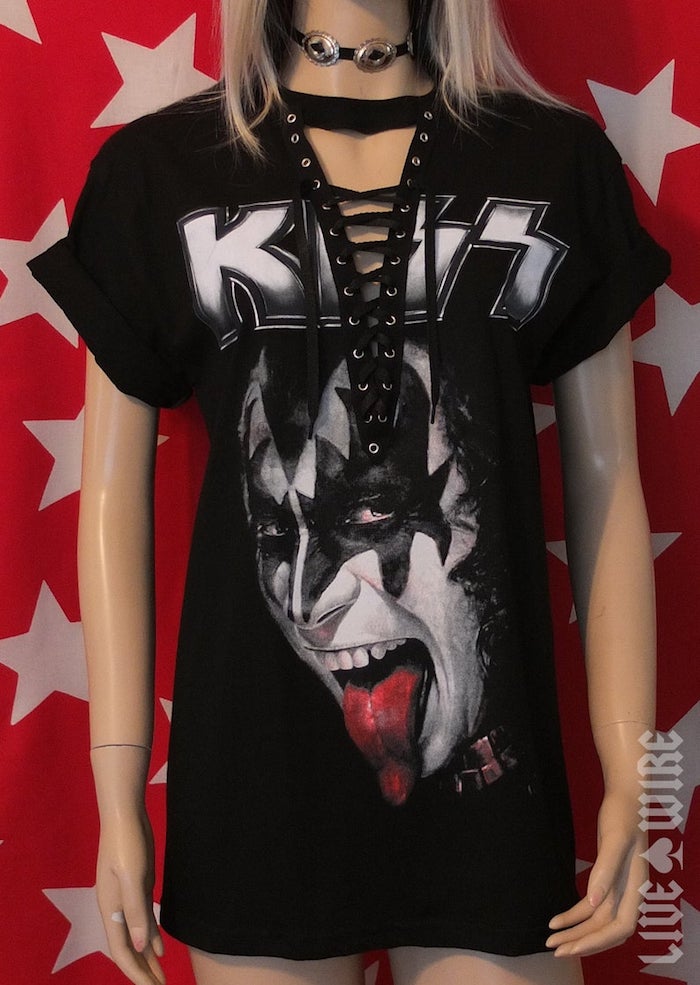 This KISS top is so adorable with its lace-up front that you almost fool people into thinking you’re not just wearing a band tee. It can be worn with pants or as a dress to really mix things up. Plus, it’ll show your love of the hard-rock band in the process. 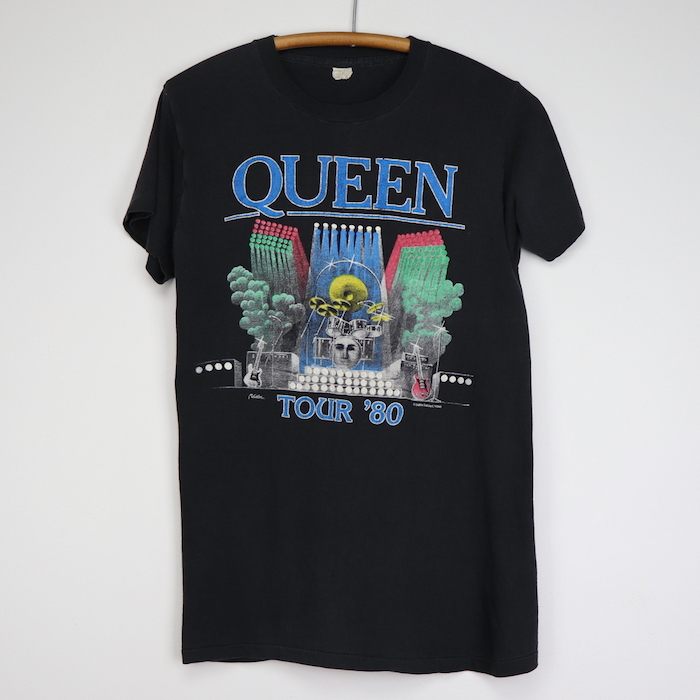 This Queen tour shirt from 1980 is the most expensive on the list, but it’s truly a collector’s item. It’s a classic that will go great with everything and show your love and devotion to the band.

Which shirt would you like to add to your collection? Sound off in the comments below!