It’s been nearly a week since Riot Fest celebrated its 15th year with a stacked lineup and legion of fans. Taking over Douglas Park in Chicago, the fest featured everyone from the Struts to GWAR.

You may have seen them perform onstage with your own eyes or vicariously through social media posts. But we wanted to show you them in a completely different light.

Check out photos of some of your Riot Fest favorites including Frank Iero, Dallon Weekes (iDKHOW), Kenny Vasoli (the Starting Line), Buddy Nielsen (Senses Fail) and Taking Back Sunday. Plus, grandson, Joe Trohman and Keith Buckley of the Damned Things and Rise Against.

We also had incredible rising artists in Ultra Q, Cherry Glazerr, the Beaches, Sincere Engineer and Yours Truly.

If you’re having serious FOMO, then don’t sweat because the Chicago festival has already announced next year’s dates: Sept. 11-13. In the meantime, check out all of the Riot Fest 2019 artists that you missed below captured by Ryan Bakerink. 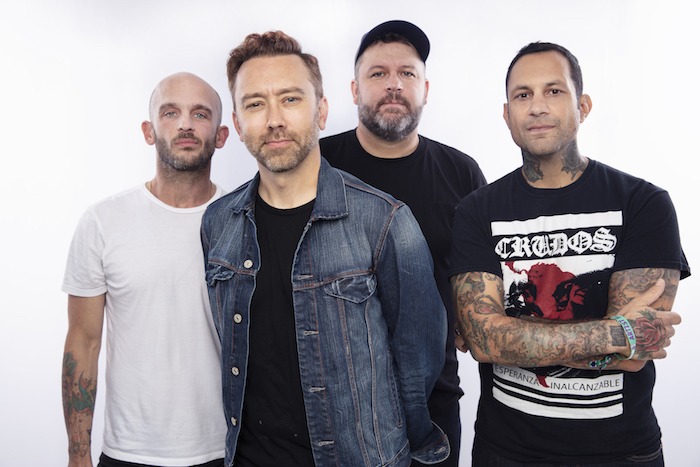 The festival continued its tradition of full album performances including Senses Fail (From the Depths Of Dreams and Let It Enfold You), Against Me! (Reinventing Axl Rose and Transgender Dysphoria Blues), Glassjaw (Worship And Tribute) and more.

blink-182 made their Riot Fest return Friday night after being forced to cancel the previous year, playing through Enema Of The State and a plethora of other hits. Earlier in the evening, the Flaming Lips delivered a full performance of Yoshimi Battles The Pink Robot, while Dashboard Confessional played through The Places You Have Come To Fear The Most.

The Get Up Kids performed one of their first shows since parting ways with James Dewees, and Neck Deep took a break from their U.S. run with blink and Lil Wayne to rock the Riot Stage. Can’t Swim, Pennywise and Pkew Pkew Pkew also took the stage for energetic sets Friday.

On Saturday, hometown heroes Rise Against hit the stage followed shortly after by Bloc Party playing Silent Alarm in full across the festival grounds. grandson jumped off his tour with nothing,nowhere. one day after releasing a modern tragedy vol. 3 to inspire and entertain the Riot Fest crowd. PVRIS, Masked Intruder and Save Ferris also delivered high-energy sets, whereas Slayer played their final Chicago and Milwaukee show.

Less Than Jake, the Starting Line and This Wild Life rocked through sets Sunday. As the festival came to a close, Riot Fest regulars Taking Back Sunday continued to celebrate their 20th anniversary by playing through Tell All Your Friends and Louder Now in full.